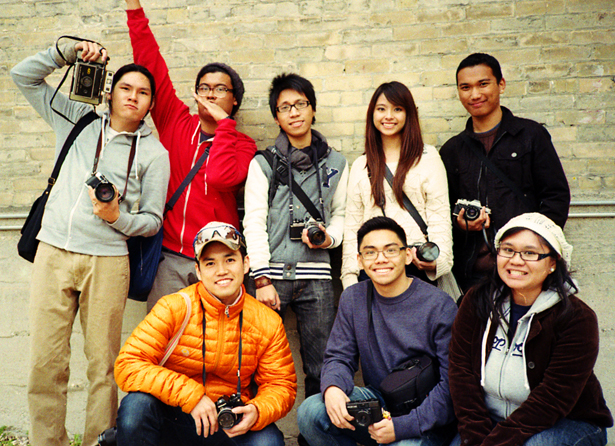 A more detailed story of that on my Lomography article.

Back in May (yes, I know!) I went out with my friends and we had a film-only photowalk around the city. Anyway, it was really fun. I never really enjoyed photowalks where your companions ask you the most annoying and cliche things such as, “Nikon or Canon?” or “What ISO are you using?” or something within those lines… Why are some people like that? Can’t you just go all out there, shoot, socialize and have fun? I get the impression that most photowalks nowadays (obviously using digital) is a display of your purchasing power–what digital equipment you can buy with the amount of money you have.

I digress. So with this photowalk everyone just had their enthusiasm and of course their choice of film and film camera. I love how the group was loosely formed because it’s easier for us to do what we want to do which is shooting photos. Earlier this month we had our second activity–developing photos. Pat and I taught Celine, Emeil and Joann how to process their black and white film.

We’re planning to have another activity by the end of September or early October. It’s very laid back and fun so I hope we get to continue this; just gather together and just do what we like doing which is shooting photos in film.