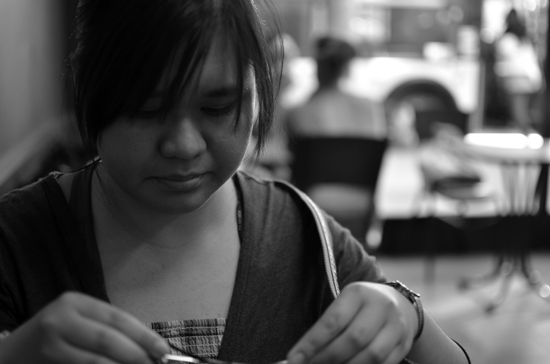 This is an overdue post. I was supposed to do this over the weekend but a lot of things took over (such as catching up on a book and talking to K). But anyway. The storm has passed and I’m finally able to relax a bit after a very long and tiring summer.

And it also means posting photos I took way before my IL vacation. 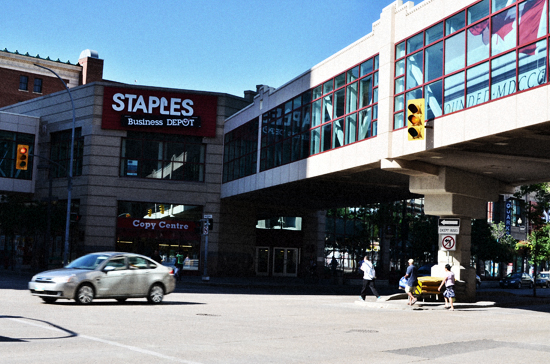 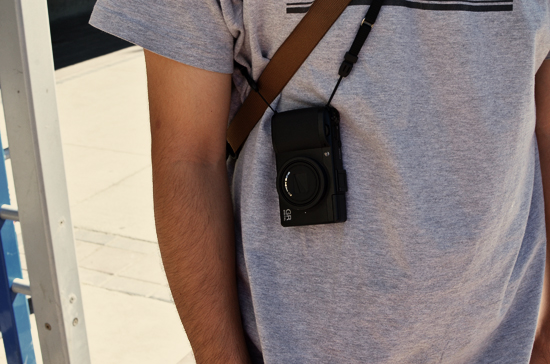 I had an unscheduled photowalk with my photography soul brother, Tatsuya.

We had a rough week. Both busy from work, we need some sort of a breather; an escape. It happens to be photography. 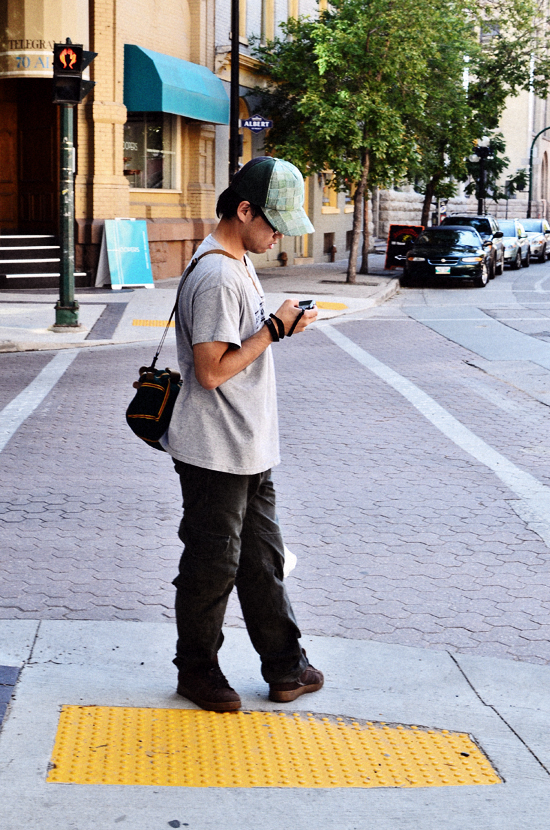 As you can see, he stops on his tracks to take photos, inhaling the air that the things around him breathe. 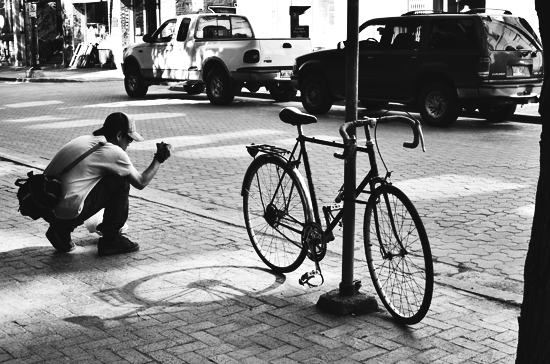 I’ve never seen anyone as passionate in photography as he is. Tatsuya brightens up at the sight of a camera, or a film, a lens, an inanimate item that he happens to pass by. You hardly see people who look at mundane things in a different light, and his energy is exciting; his enthusiasm infectious. 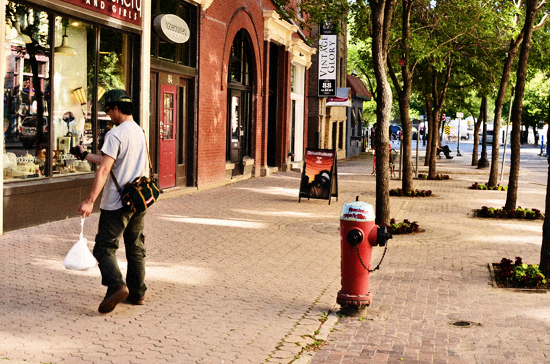 This is the reason why I prefer to do photowalks with him (and some selected friends–majority are men). Majority of photography “enthusiasts” who talk about their gear like there is no tomorrow; like it’s the only bloodline that determines the quality of their photos. On the opposite side of that is Tatsuya who talks about how fun and exciting photography is. It’s the emotion that this hobby pulls out of the surface that he enjoys much (among other things). There are probably aren’t a lot of people like him. 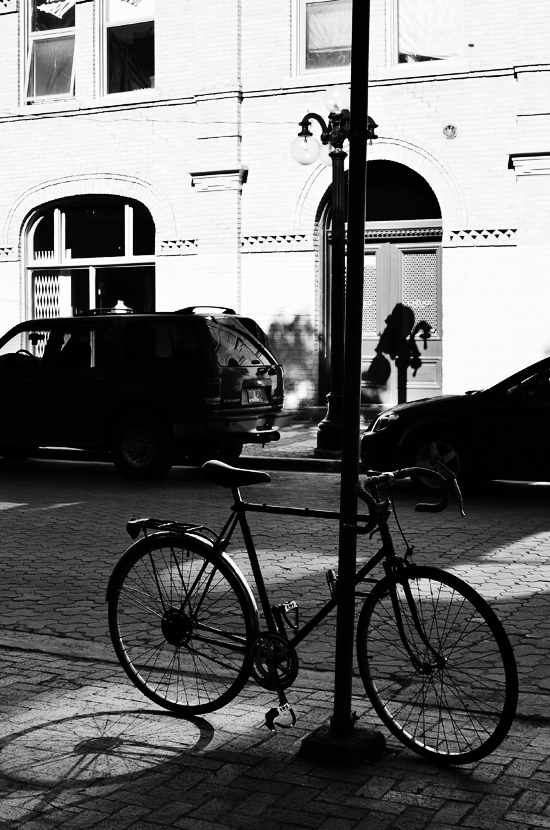 We had dinner on the street. Literally. I ordered freshly-made poutine and at the side walk, while listening to live reggae music, we talked about our lives here in Canada. As “foreigners” and as residents. How different yet similar it is, and how we coped with these changes. 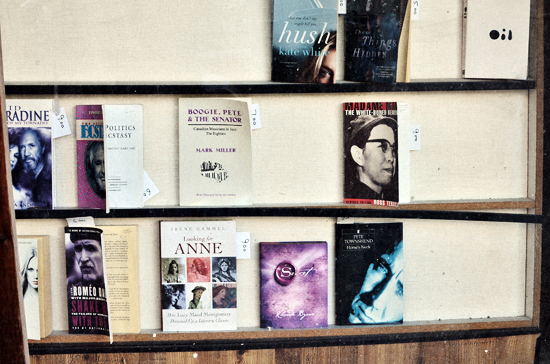 We then continued to walk. 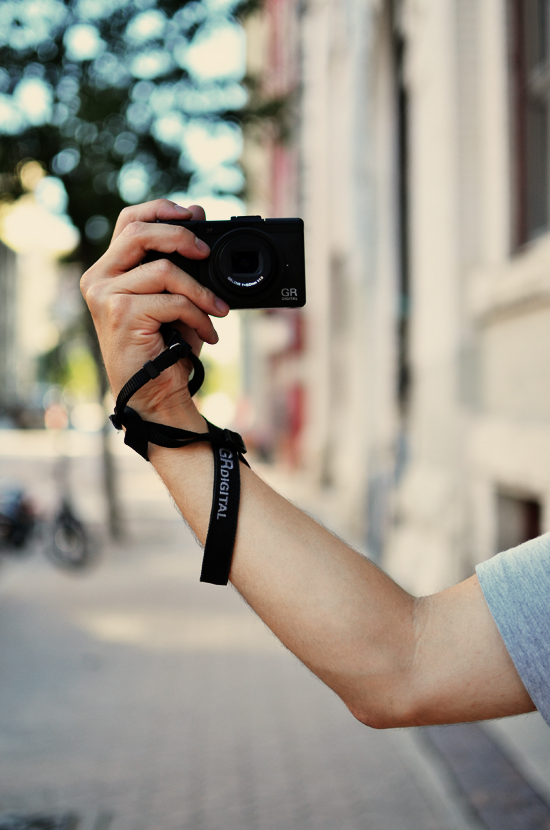 This guy, after seeing this photo, got so elated upon seeing the bokeh that was made. Crazy, crazy guy. 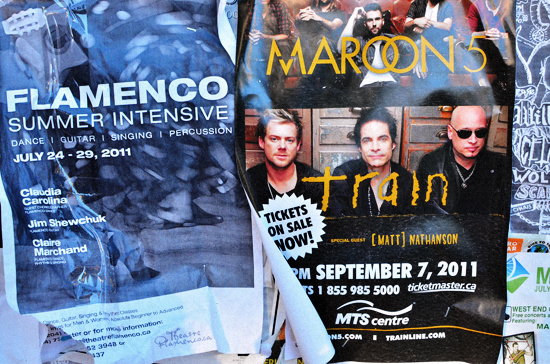 Prior to my IL trip, this was the first time that I took out my D7000 to shoot streets. I hardly bring this camera out especially that I’ve considered this more as my “work” camera, but I thought that I should take this out and get used to it in order for me to be familiar with its ergonomics. 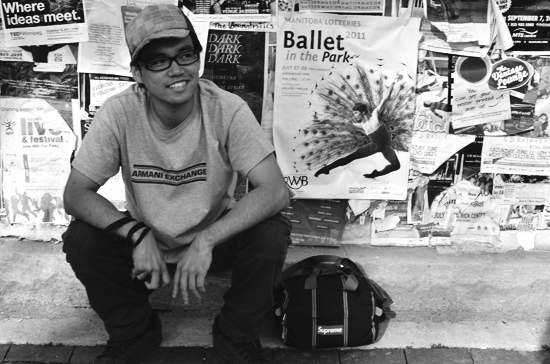 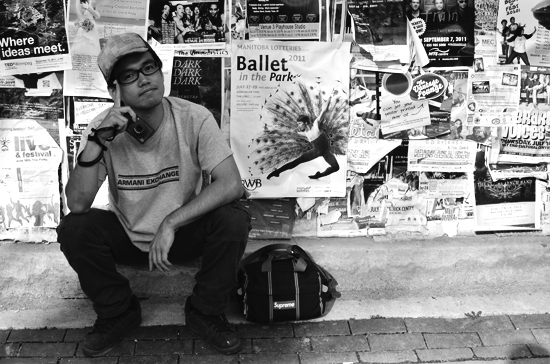 He follows directions pretty well too. Thanks for helping me make this good photo. 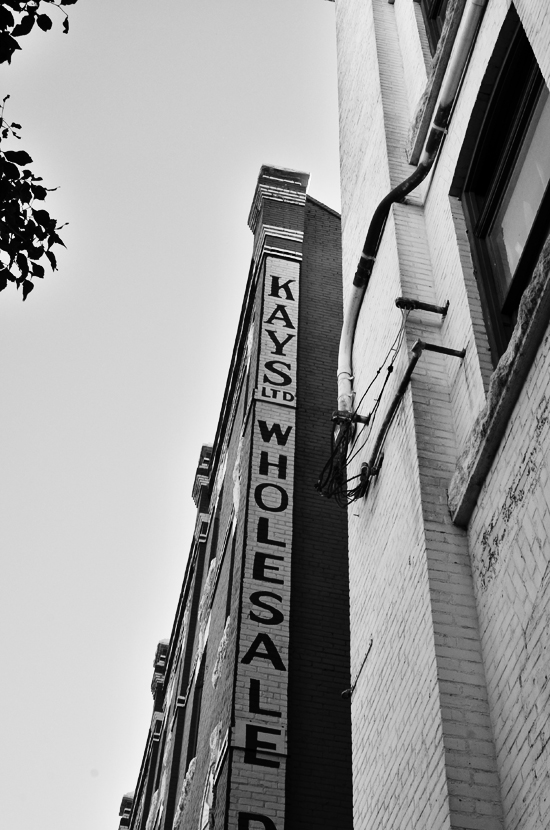 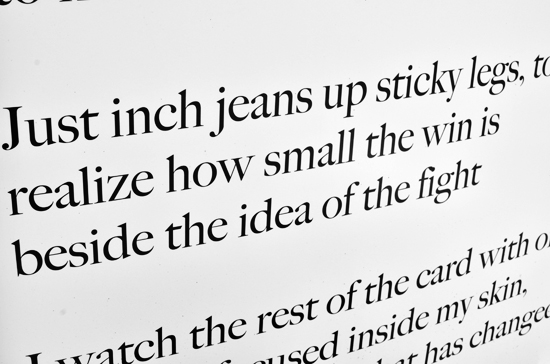 It was a good day. We never really did anything special; just took photos around the Exchange District. But I think our friendship went a notch higher.