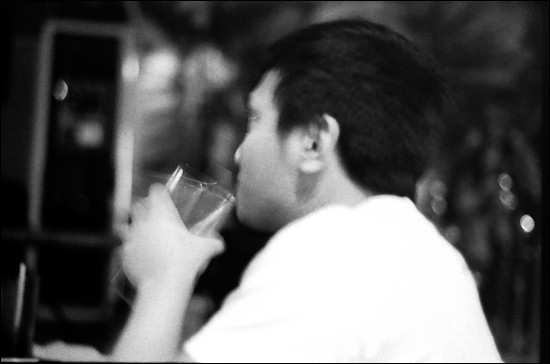 JANUARY 16, 2011 – Yesterday I decided to chronicle Sybil‘s birthday night-out by doing these:

So I loaded my Nikon FM2n with a 400 iso film and used f/1.8 E-series lens and here are some of the results. I thought these turned out really well. Or at least the way I wanted them to be.

A typical person would have used flash (if I have decided to use my p&s, that would have been the case) but I want to see how can I play around with photography especially with minimum light. Photography is all about working with light, so it’s a good exercise for me. FM2n is a manual film camera (and there were instances which the camera’s meter did not light up) so I had to guesstimate. I think majority was set to f/1.8 and between 4/100 to 15/100. All 36-frames turned out really well (“well” might not be your definition of “well”, btw) so I was really happy. 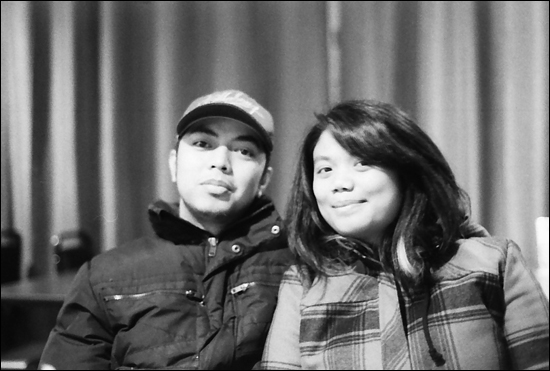 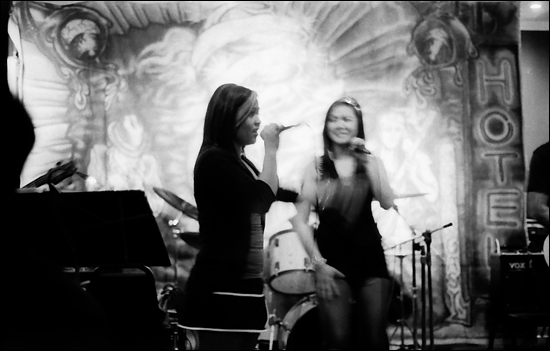 I thought I should have loaded my camera with 1600 ISO (since I have some in the fridge). Mmm. Maybe next time.