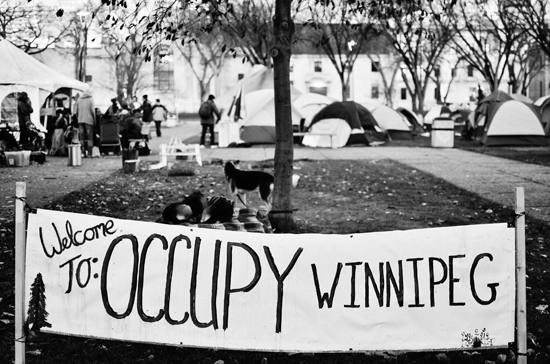 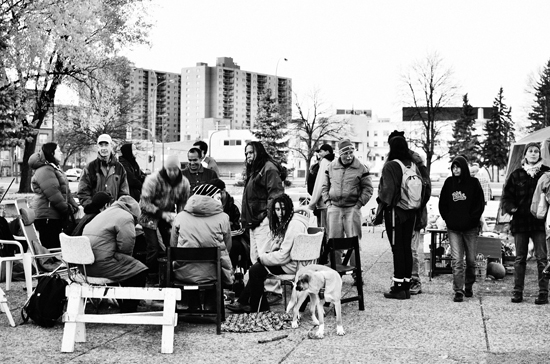 My Friday afternoon was free so I planned to visit and check out Occupy Winnipeg. I remember seeing Occupy Toronto last week but it was raining and we didn’t have enough time to drop by at the cathedral so I missed that opportunity. 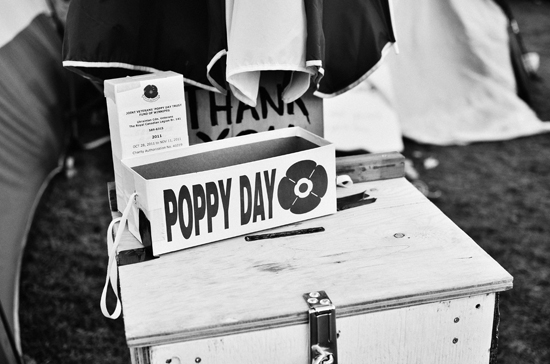 I walked around a bit this afternoon seeing that I am a total stranger and I don’t want to take photos without asking. I met Jamie and he said that it’s fine to take photos. They are in a public place after all, and they’ve been exposed to the media since their camp-out last October 15th.

He did let me know that I have to ask someone for photos for portraits or if I want to be extra polite. Took me a while to enter the small crowd and started taking photos. I started with my Polaroid Supercolor (which was difficult to work with because of the cold weather) and then shifted to my dSLR later on. 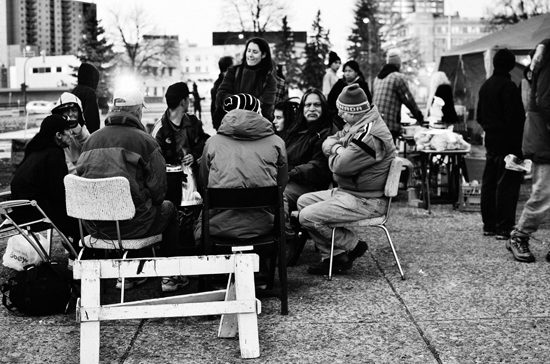 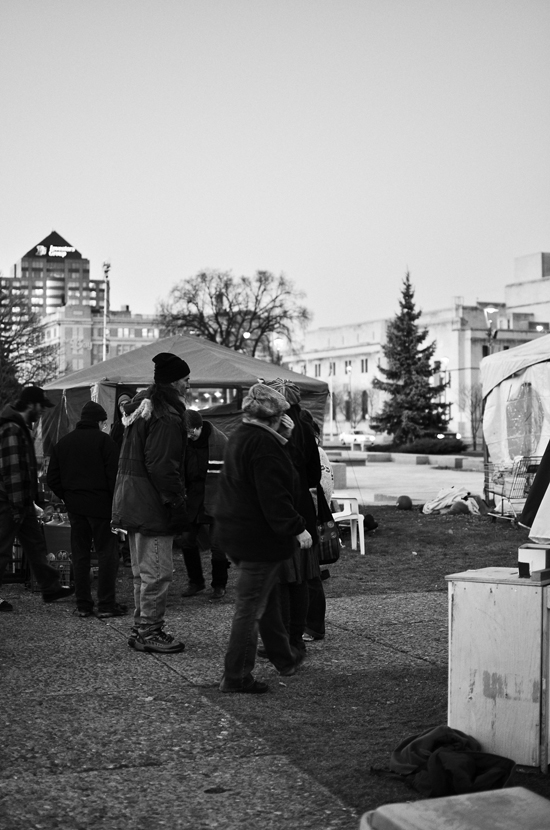 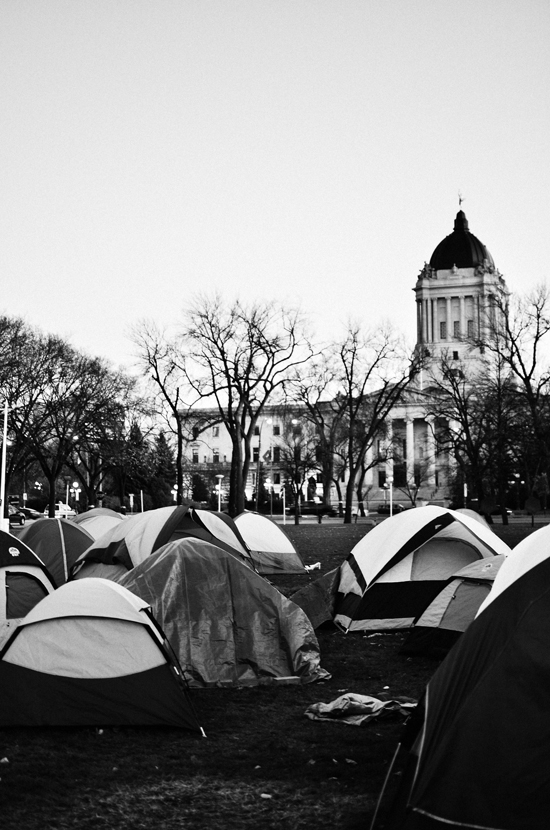 I also met Terry, who showed me around the camp site and patiently answered my questions about the movement. Specifically I asked the nature of Occupy Winnipeg, where they get their provisions, what the participants do, who the participants are and so on.

While we were talking, there was a small seminar that was happening that time about capitalism I think. 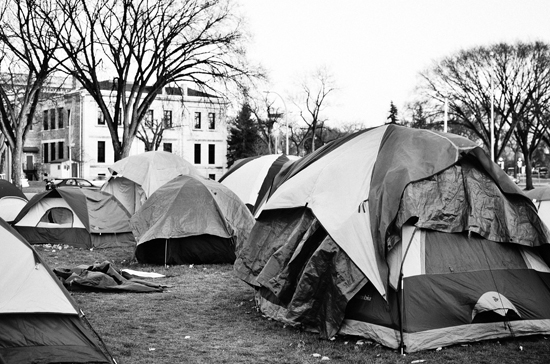 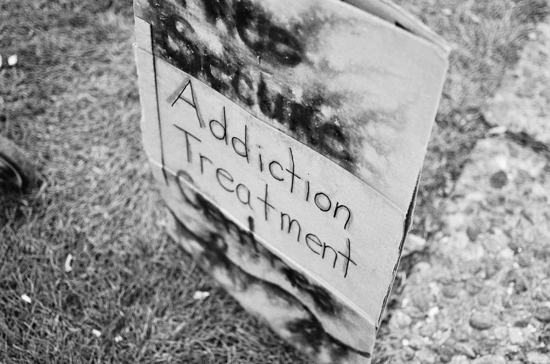 I learned that UofM and UofW held a couple of classes on the camp site. There also seem to be new people from all walks of like who drop by and asks them questions, just like what I did yesterday. 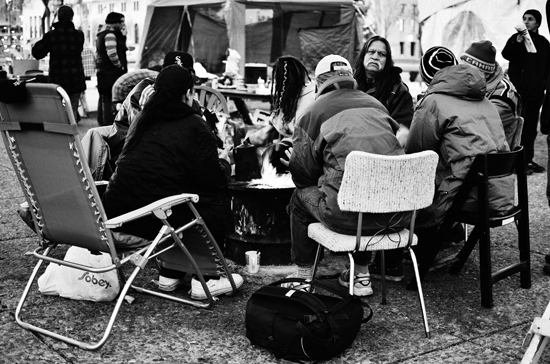 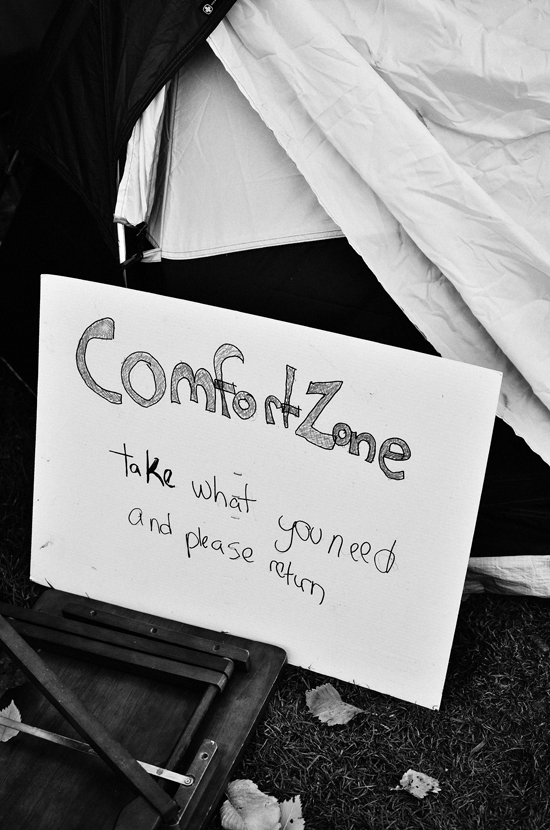 This is the movement’s Comfort Zone. This is their storage area where they keep their stuff donated by people.

Interestingly, I read that our city mayor allegedly haven’t heard about the Occupy Winnipeg movement (or what are the reasons behind their protests). I asked Terry if any politicians have arrived to see them but he said no one has done it yet. 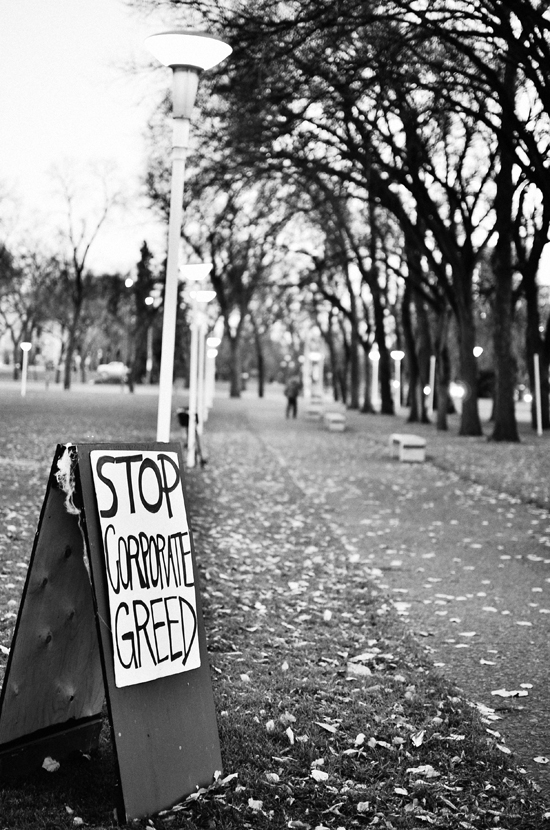 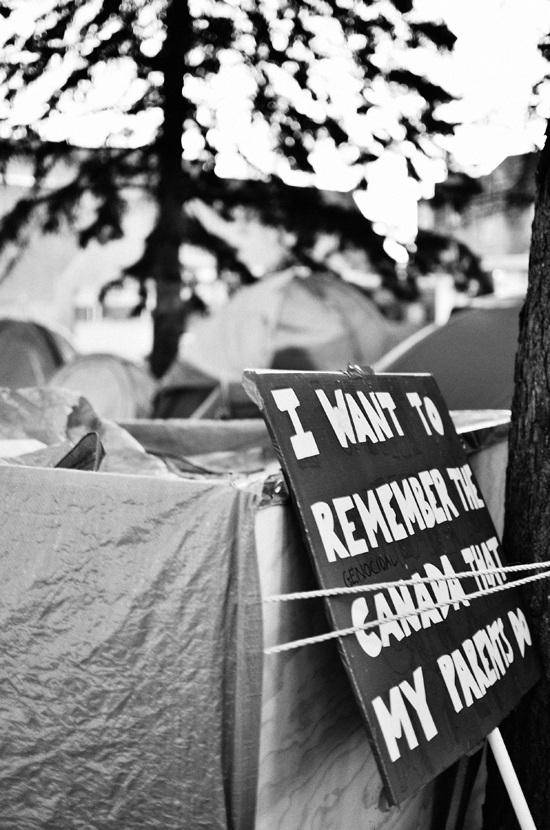 I also learned that homeless people go to the location and sleep for a couple of days or so. I asked if the homeless people know what is going on. Terry said that he doubts it, but they don’t send them away. They offer one of their tents for these people and let them stay the night (especially that it’s getting really cold now). 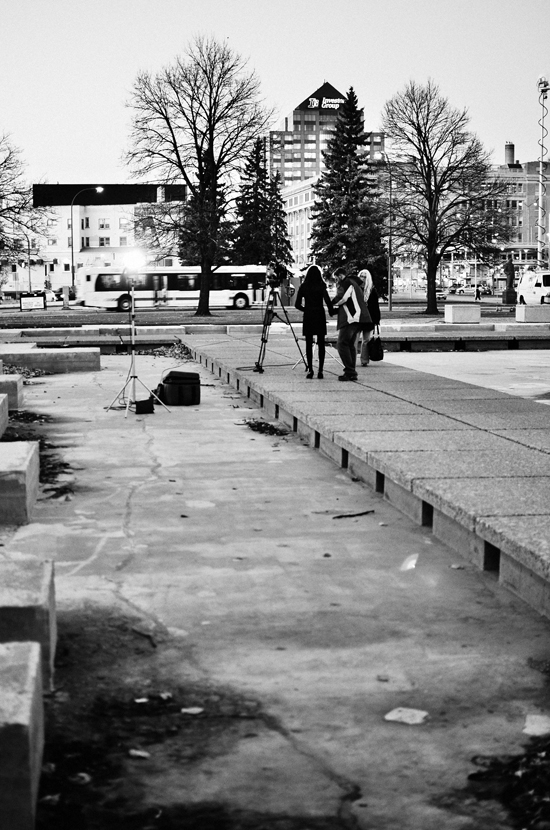 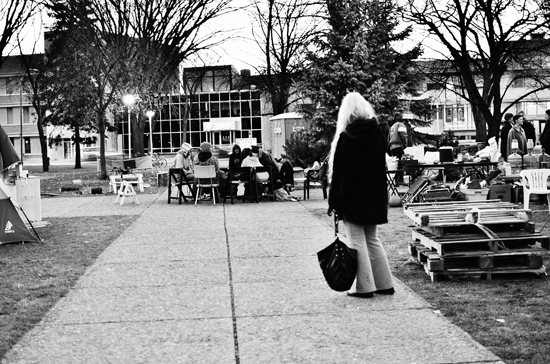 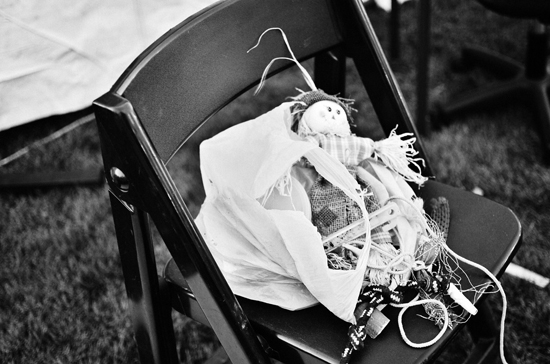 I also asked when are they planning to camp out. They said they plan to stay until January 2012. Would they stay if the Occupy Wall Street continues longer than January? There might be a possibility to that. 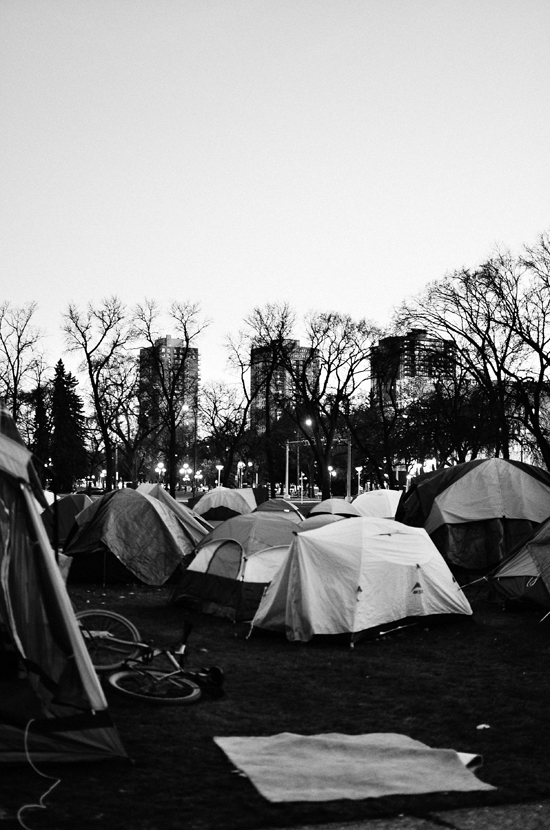 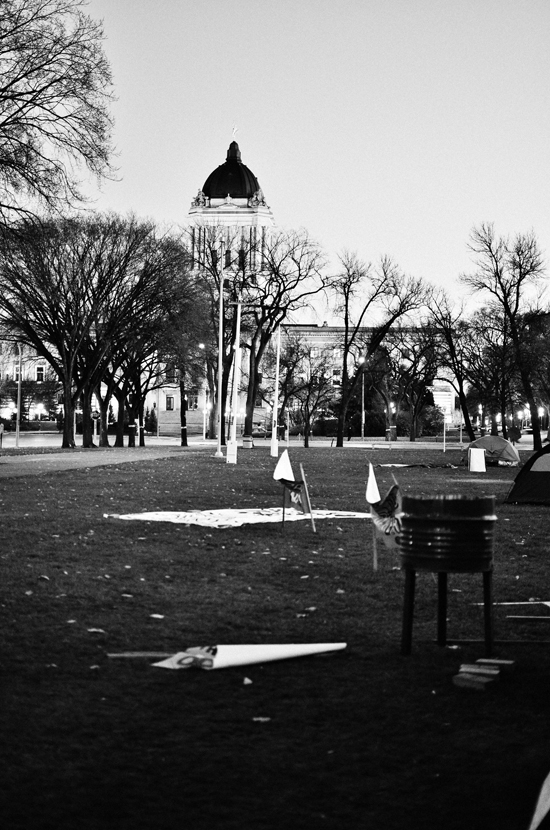 I also had a quick chat with Isaac, another member of the Occupy Winnipeg movement. I asked him if it’s possible to take photos and he said that I can do that. He also quickly pointed at the media (ever) present in the location. He also told me to drop by anytime I want. 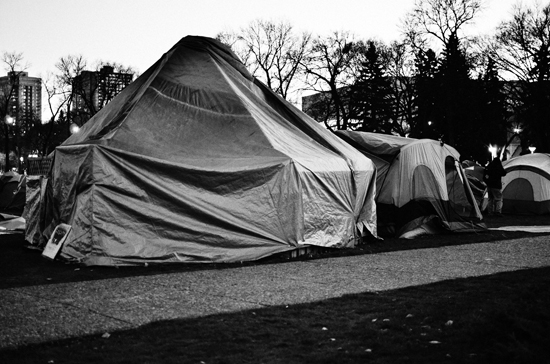 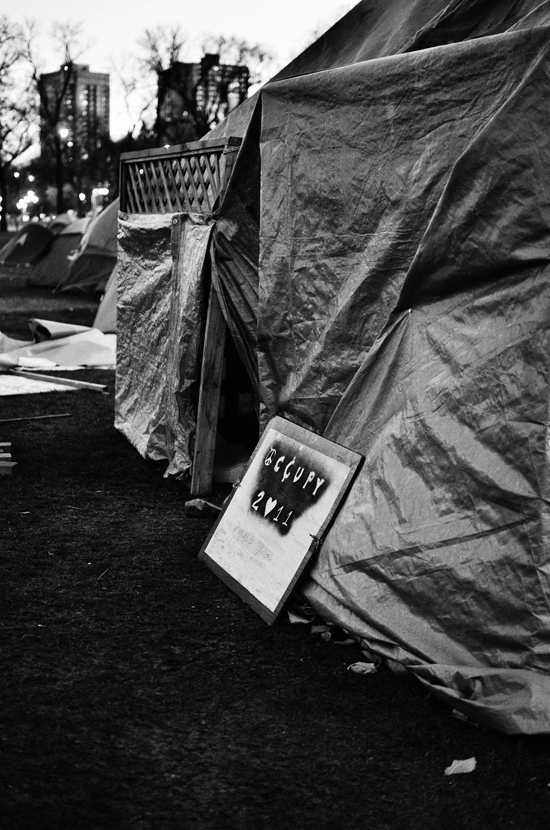 It grew dark and cold. My eyes are tearing up so bad because I was really tired and the wind’s blowing hard. I was unable to give my card to Terry in case they wanted to ask for copies of the photos (as a sign of gratitude).

I saw another person there earlier who took photos as well but I am unaware whether he’s a participant or not.

I spent the evening talking to K about it, asking him questions about the movement and its effects in the economy and society. It was a good day to learn something about the world I live in.