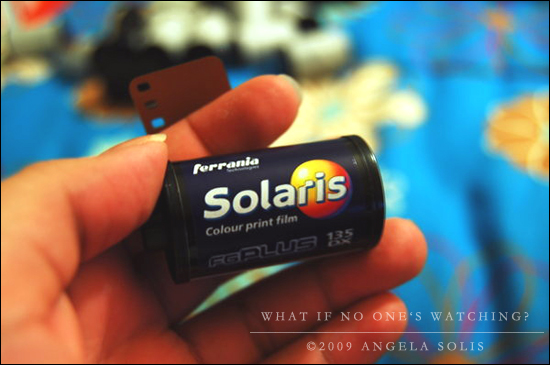 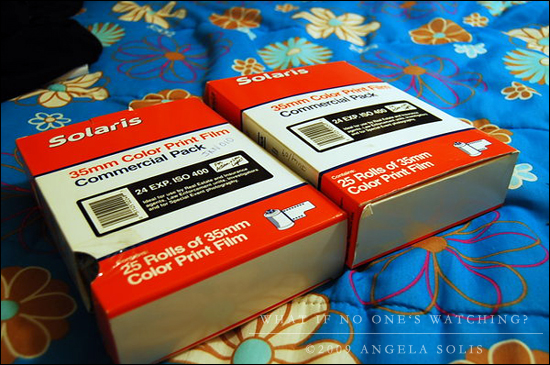 I was fortunate enough to spot two independent sellers selling film. I got the films for reasonable prices, not to mention that I was able to do some local pick-ups, as they were just around the block where I live.

The first transaction was for two boxes of 25-roll Ferrania Solaris Colored Negative. The boyfriend has mentioned this brand before and it was a pleasant coincidence that I was able to get the films.

I’ve seen sets online using this film so I am so excited to see how mine has turned out.

The second transaction was for 6 boxes of 120-format Kodak Ektachrome Color Reversal film. Now I haven’t used my Holga CFN 120 for almost a year now, and I haven’t used 120-format slides with my plastic toy, so I didn’t pass the opportunity. I got these for a very, very good price (the seller was pretty nice too).

So there you go. My film inventory’s pretty happy right now, even though they’re resting inside my mom’s chest freezer. HA!