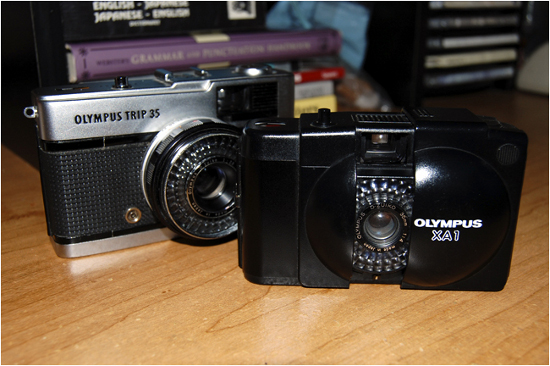 For I am nothing but a person of weak soul, ha ha. Yesterday morning I had to go to the other end of the city to pick up two purchases courtesy of e(vil)Bay — an Olympus Trip 35 and an Olympus XA1 Rangefinder (funny I just realized they’re from the same company).

I didn’t really know anything about the Trip, until I saw Kuya Jerome‘s gallery and when he mentioned the unit to me once. The XA1, just heard of it, and I find the camera cute and compact. 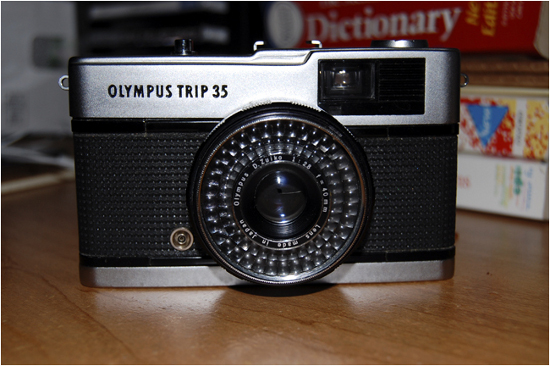 The Olympus Trip 35 seems to be in very good condition. There’s only one missing screw on the side though, and hopefully that won’t affect the quality of the photos once I put a test roll in (I remember what happened to my LC-A when some of the screws got lost and my hotshoe was detached; some of the photos became too light). Clear and wide view from the viewfinder (which I like). Lots of options for film speeds. Somehow I am getting really excited to use this unit. 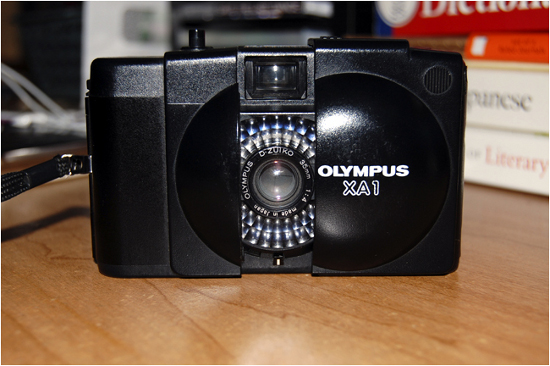 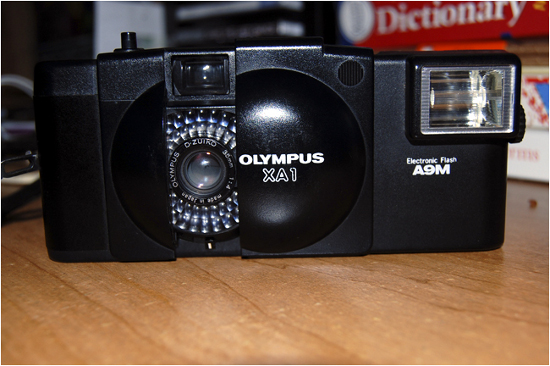 The Olympus XA1 is a very cute camera. Am not sure if it’s easy to operate though, but I should be fine. My unit’s accompanied by an A9M Electronic flash which attaches to the side of the RF which you can use for low light situations. I tried to put it side-by-side with my Canonet 28 and obviously the XA1 wins for being compact and handy (but obviously, Canonet 28’s body is sturdier).

My quirk about the XA1 is the limited number of film speed that I can use. The bottom part of the RF has a small dial where you can switch to 100 ASA or 400 ASA, depending on your film’s ASA/ISO. Hmm, not much of an option there, right?

Is it just me, or the brands, or the condition of the cameras, but when I was trying to “shoot”, it’s hard for me to press the shutter button. I guess I have to play around with the units first. If the Trip’s test shots will turn out great, I think this unit will just steal my LC-A’s position as my handy 35mm film camera. But let’s wait and see.