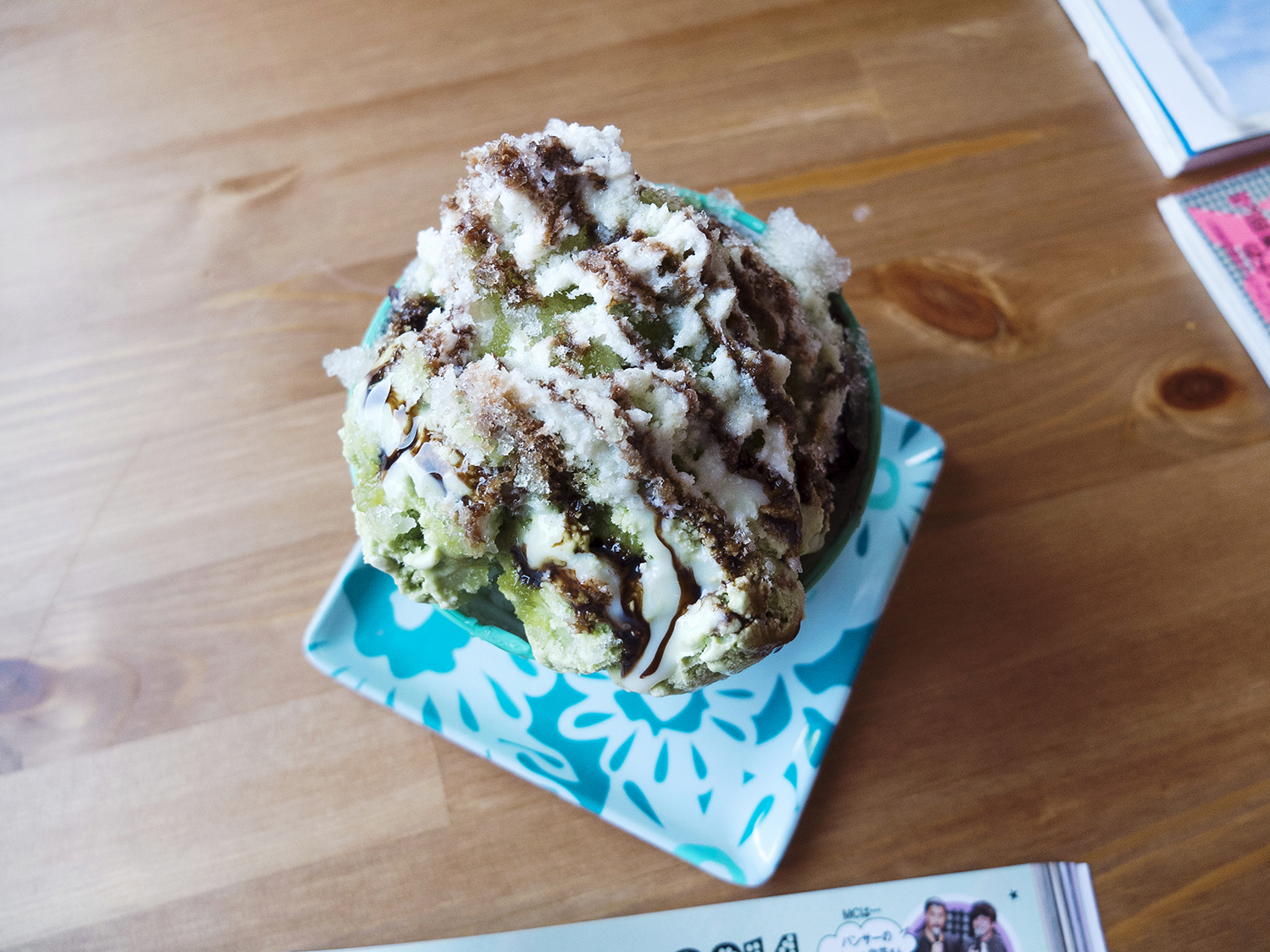 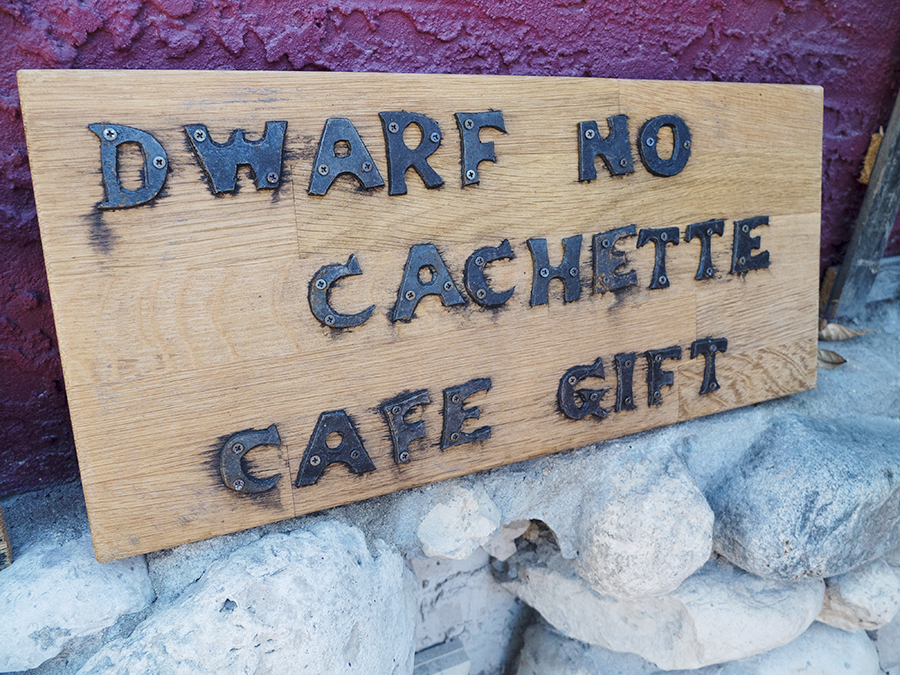 FINALLY, a Japanese restaurant that is not a sushi restaurant! Tatsuya mentioned that his friends are opening a cafe at Provencher area but it only dawned upon me that he was talking about Dwarf no Cachette (lit “Dwarf’s Hiding Place”). My sister has been to the cafe way ahead of me and mentioned that the place serves good food (aside from the “Kawaii” interior). Of course, S, L, and I love checking out new food places to visit, so off we went.

We arrived at the restaurant when it was still empty, so pictures! The place reminded me of the few cafes that I saw and visited in Japan last year. But was more excited about the food they are offering.

The menu are all made of a scrapbook (I have a similar one that I own, given to me by my friend last year) and they all look so cute! The designs also vary per menu so you won’t see the same spread for each of them. 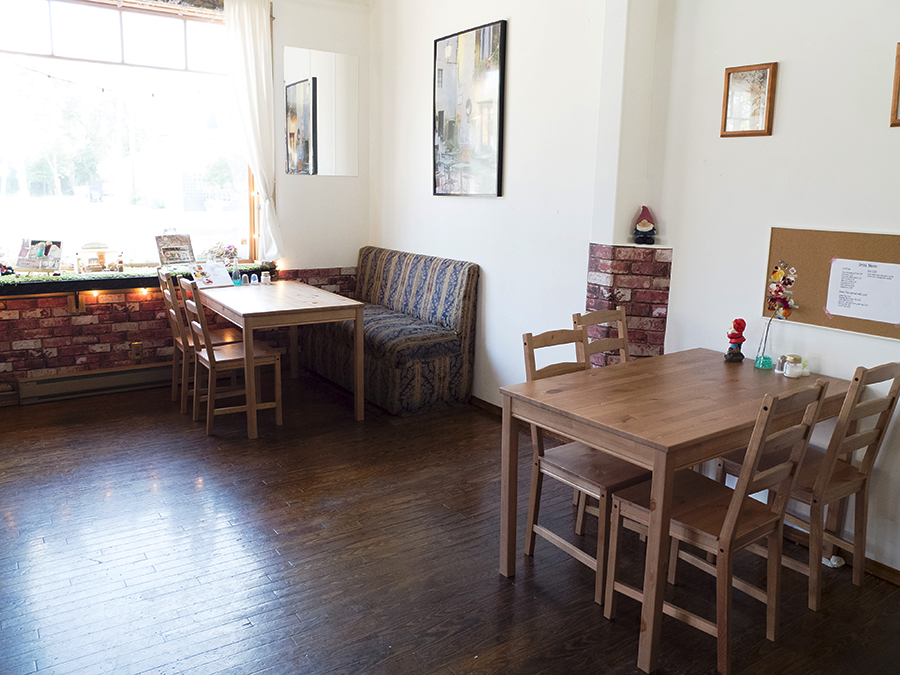 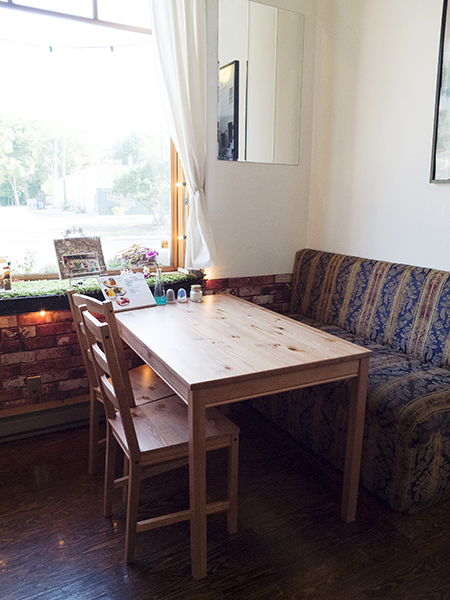 The cafe has a wide variety of Japanese magazines and manga. Shonen Jump, ViVi, and Jelly abound. 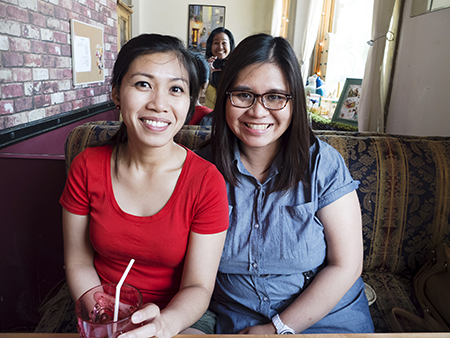 Onto the food. I was really excited to know that they have Okonomiyaki and Takoyaki (for sharing with the girls), hence I cannot resist NOT ordering them. L ordered their tonkatsu udon, while S ordered their Japanese curry which is different from its Indian origin because it looks and smells like your average curry except that it is not spicy. Did I say not spicy? Sounds like right up my alley! 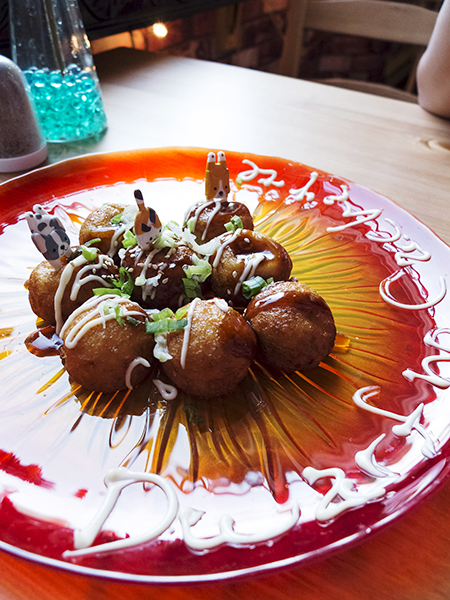 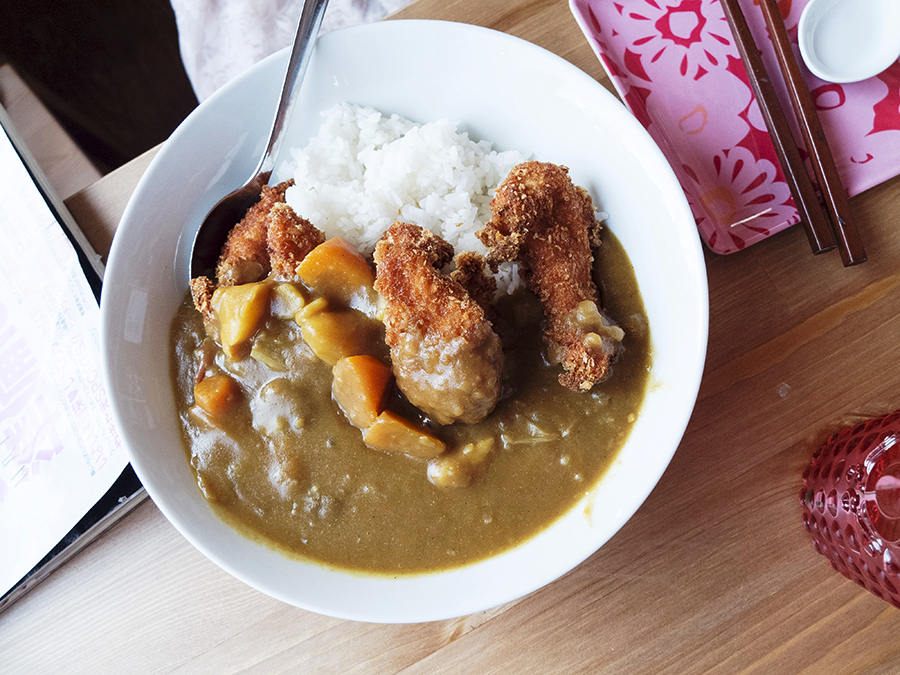 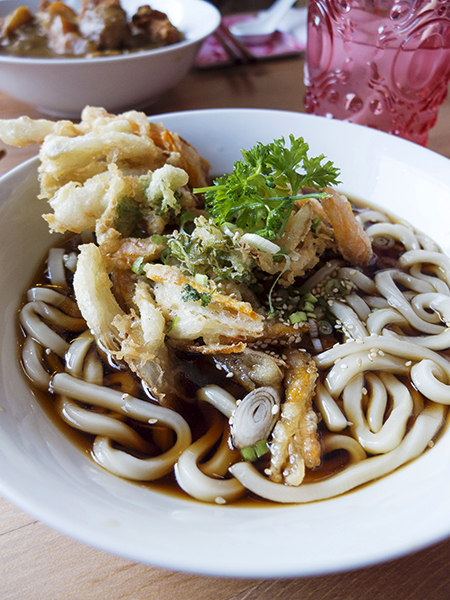 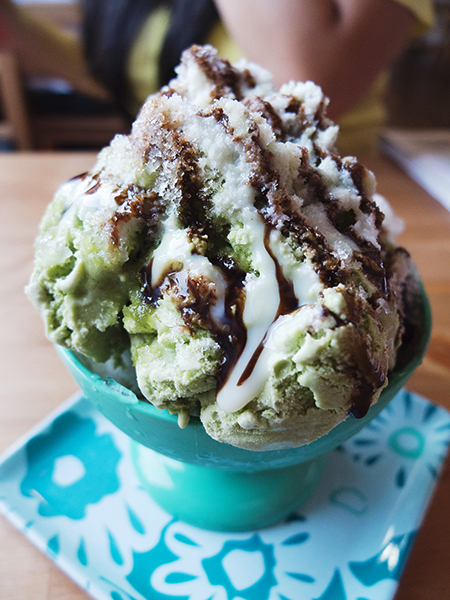 Everything looked good. Everything tasted good. I wished there was a teeny-bit more sauce on the Okonomiyaki, but I really liked this compared to the one I had in Toronto wherein the serving was small for its price. But what sealed the deal was their kakigori. I initially dismissed it because I thought they will only be serving it with flavoured syrup. Upon looking at the menu, I was clearly mistaken. We ordered the green tea and red bean flavour and as soon as we got the serving on our table, it felt like heaven fell right in front of us. LOL. I think we will go back there just for the kakigori alone because damn man, it was SO GOOD.

Aside from the cutesy interior, the cafe also has a small gift shop at the second floor. There are various cutesy stuff, like huge faux bread that you can attach on your phone as an accessory or gothic Blythe dolls which are a bit creepy. 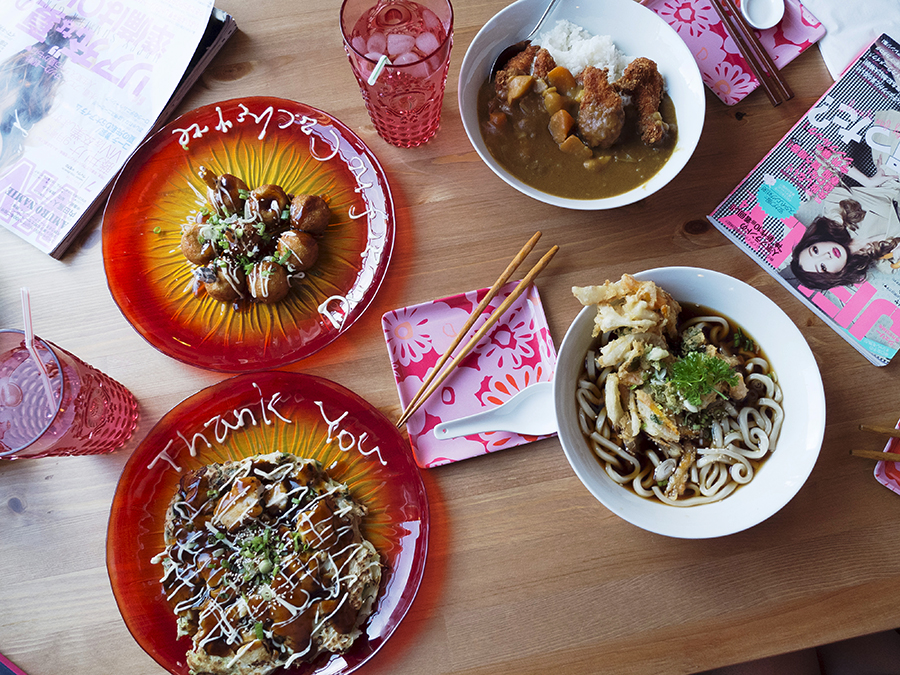 For the Techies: I used my Fuji X10 – shot RAW on Aperture Priority and with Provia filter. 🙂