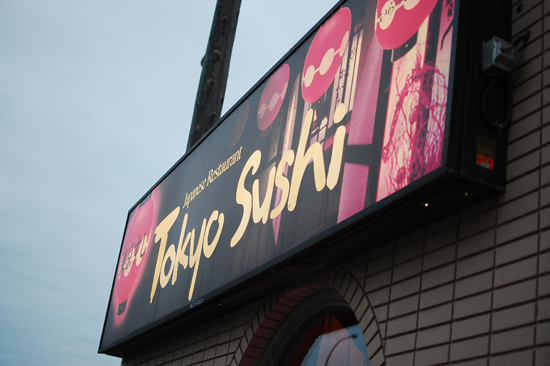 We initially planned for a hot pot dinner at the South, but the place was booked. My friends and I met at the mall, and from there decided where to eat. We ended up at Tokyo Sushi at Portage Ave. 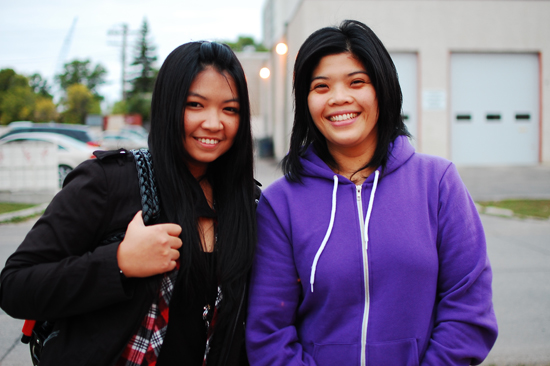 Rei is back in town! And so she joined us. 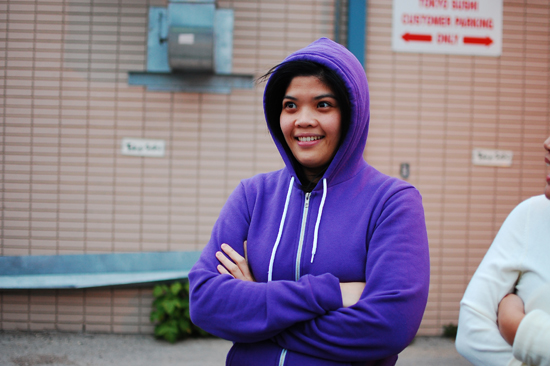 The lady at the restaurant initially said that we had to wait and come back for half an hour because the place was packed. So we hung out at the parking lot. See the amusement on Joyce’s face. 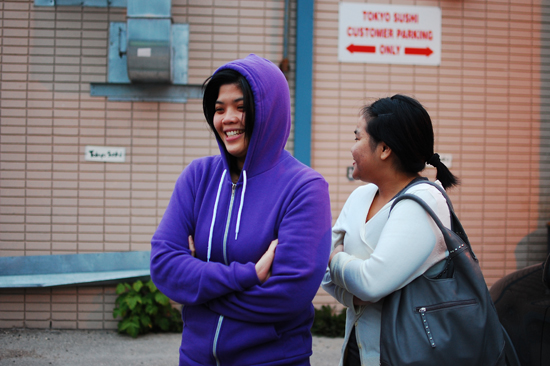 Only to realize that Joann and Marylin were able to get seats for all 8 of us. 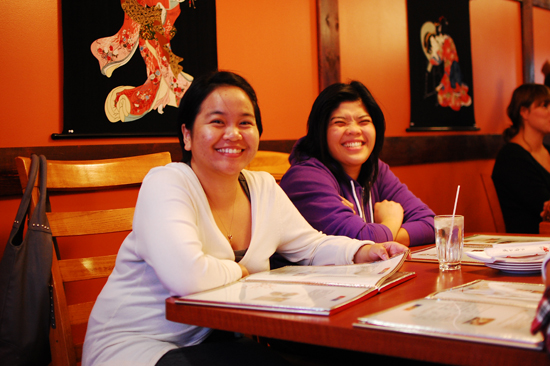 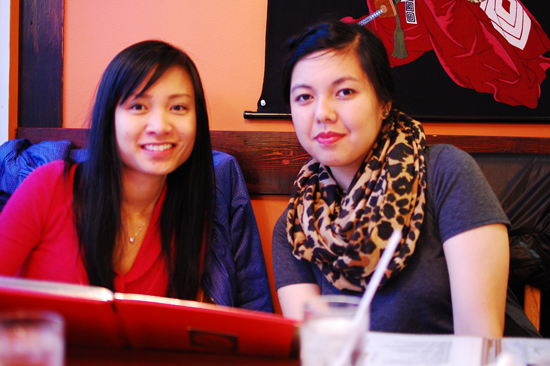 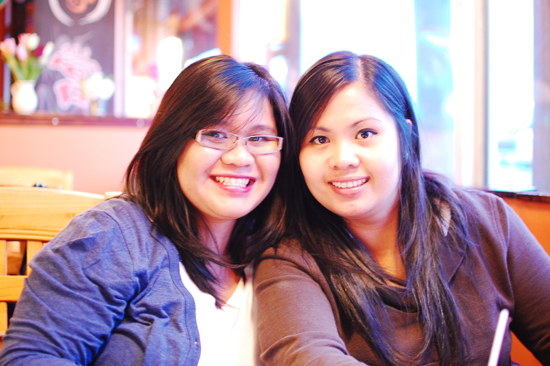 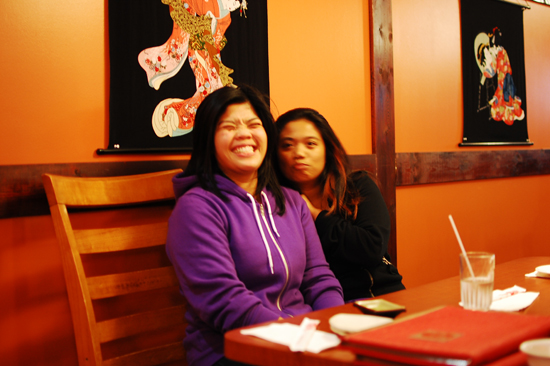 Finally Phoebi arrived! She’s either late, or does not show up. What a friend. 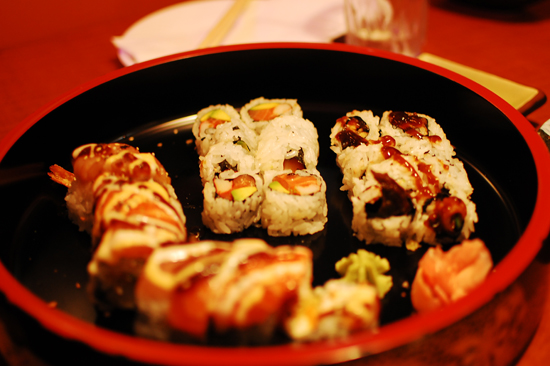 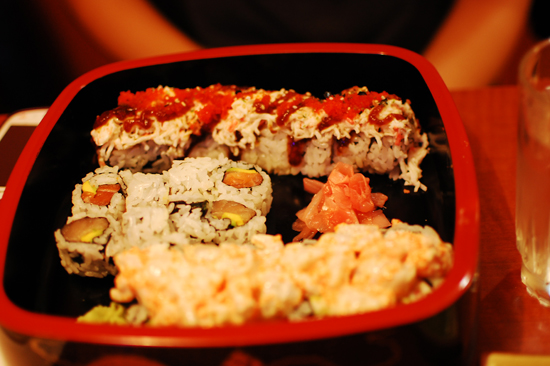 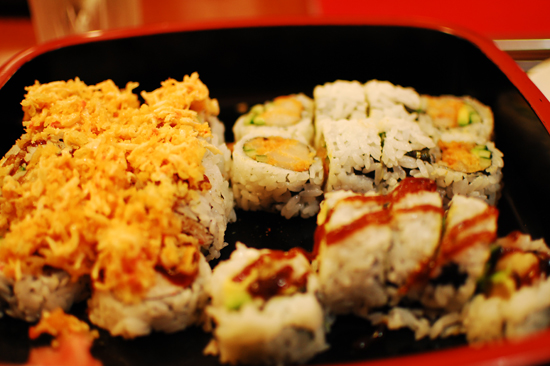 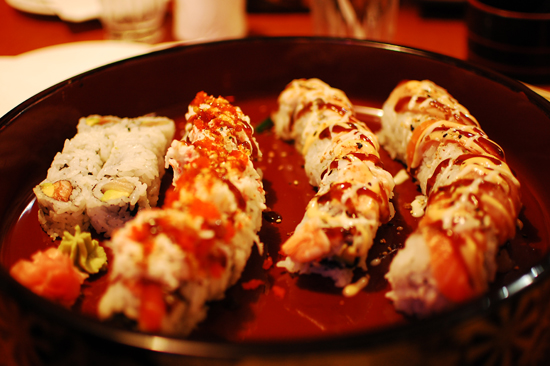 Finally, food happened. I stuffed my face with food it’s not even funny. 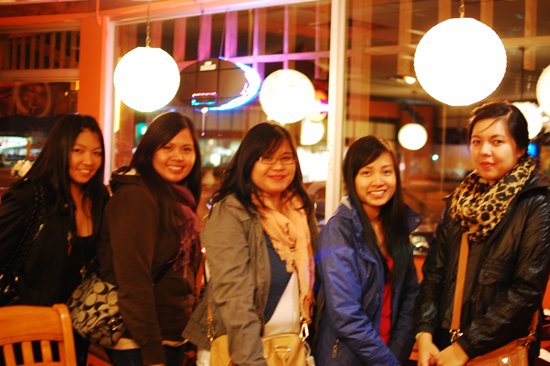 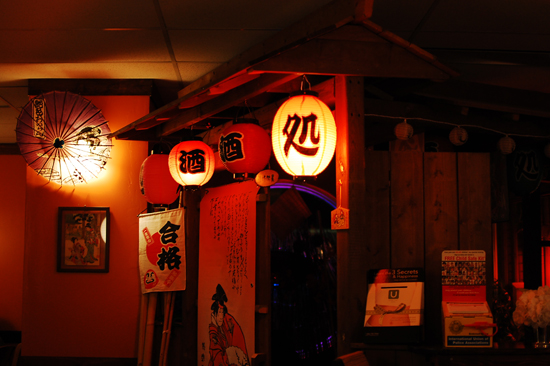 Probably next best-decorated Japanese restaurant after Edohei and Meiji (the latter has more of a modern feel to it). 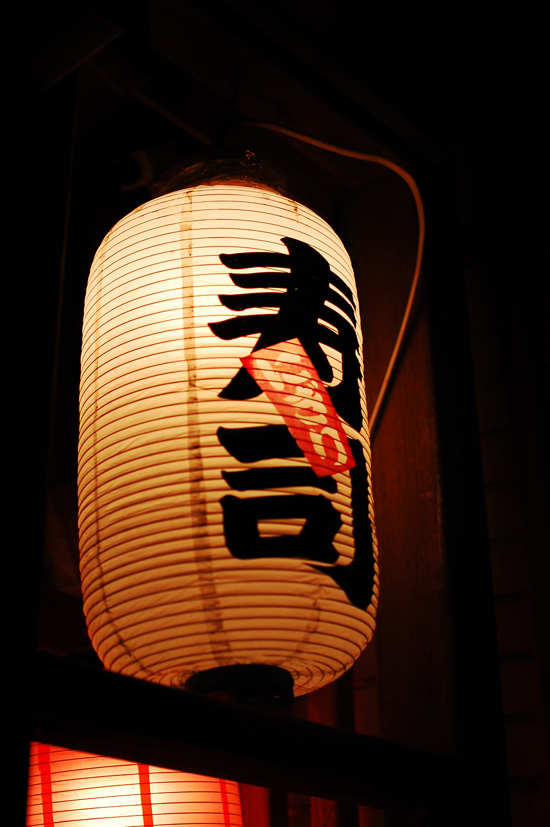 Phoebi suggested to head for dessert and coffee, which we did at Baked Expectations. As always, she disappeared. We were down to 6. 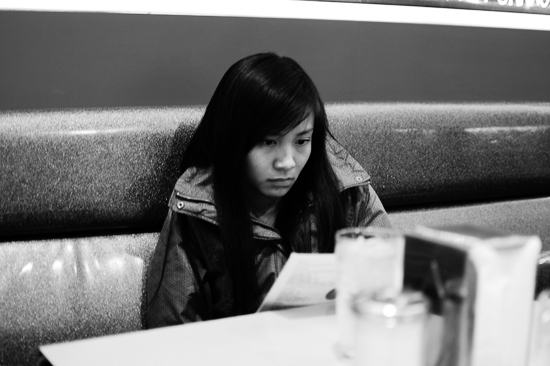 I was here for the bottomless cup of coffee which I discovered with K when he was here. Yum. 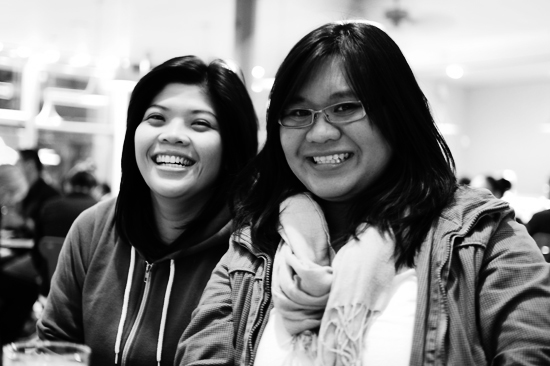 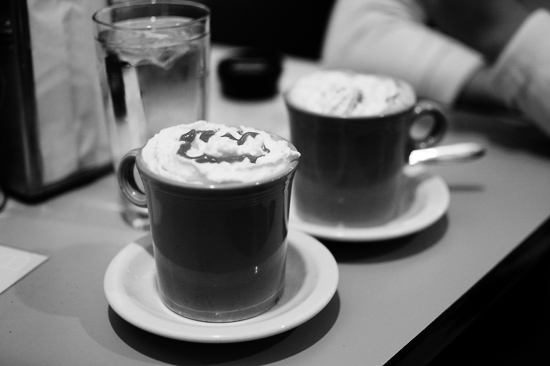 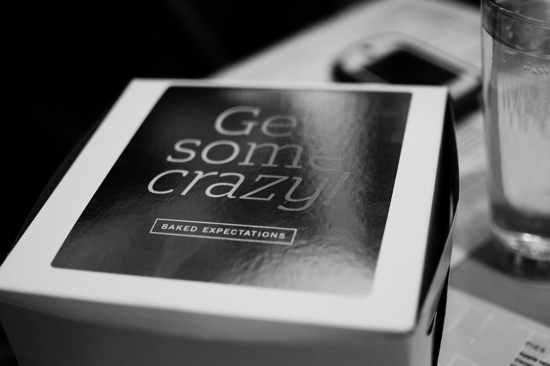 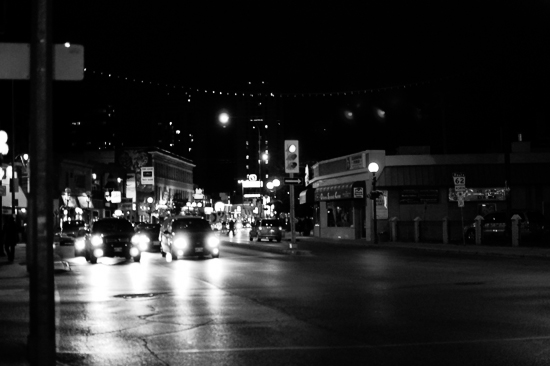 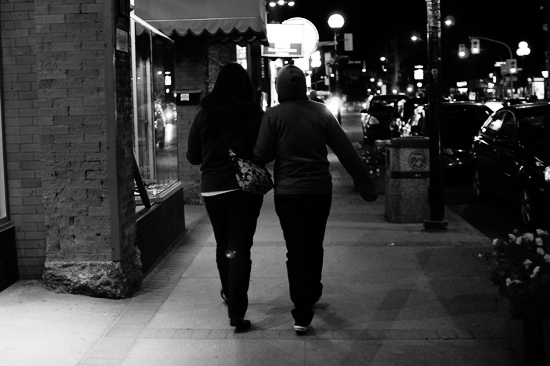 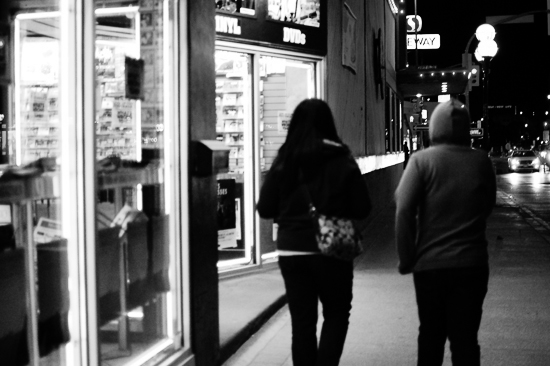 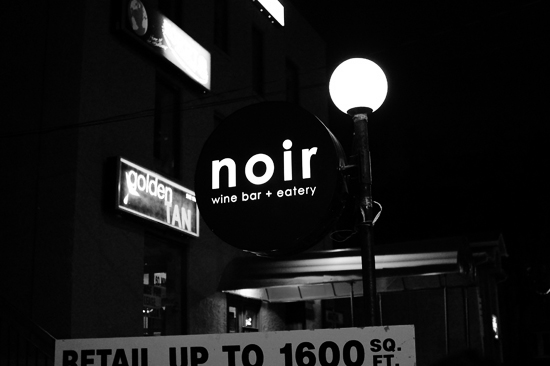