Here are some photos I took with the Canon Canonet QL-17 G-III last June 5th. It was the annual Winnipeg Pride Festival and I thought that this is a good way to check out the event. Not to mention a good venue to take the camera for a spin. 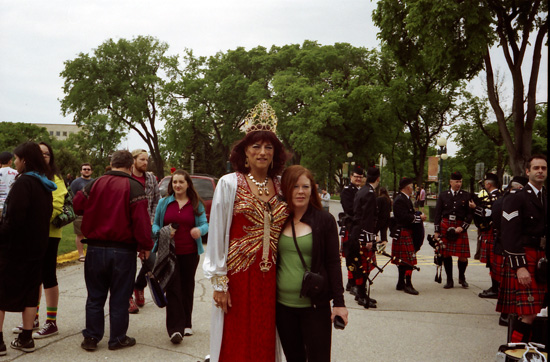 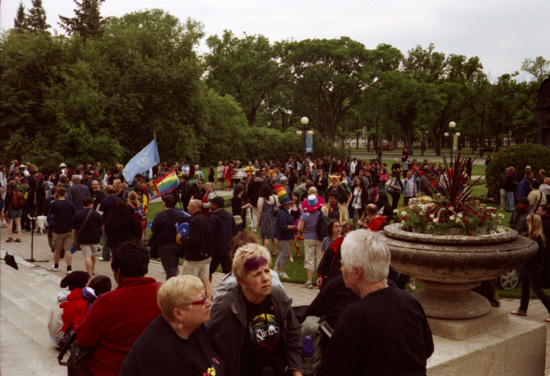 I brought almost a dozen films (I finally got one of these cases) but I only used two rolls of 100 ISO. Photos featured in this entry were taken by Fujifilm Proplus II. 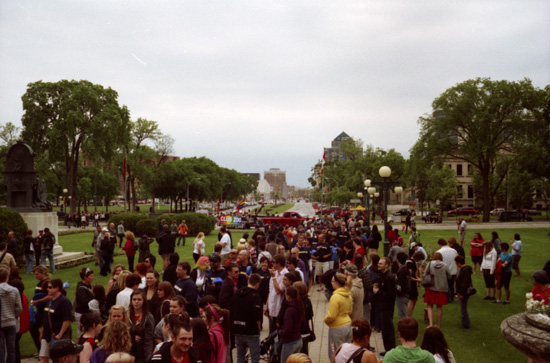 K and I made it a bit early at the Legislative. It was a last-minute plan of itinerary; we were also expecting the weather to be sucky. We arrived at the location surrounded by LGBTQ supporters and a swarm of photographers — both amateur and pros. I also happened to chance upon my friend W and his mom, taking photos around the area.

We were surrounded by people using digital camera and tank-like lenses. 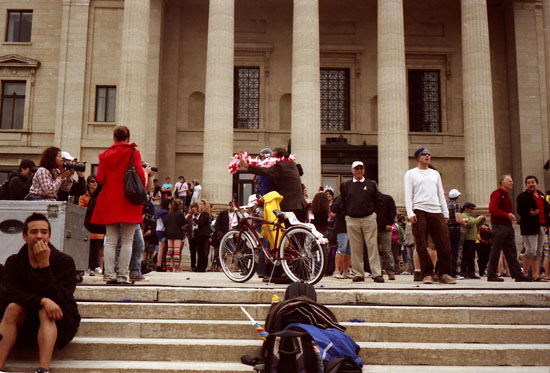 This South Asian guy made a bit of a scene. He seemed really happy on that event. 🙂 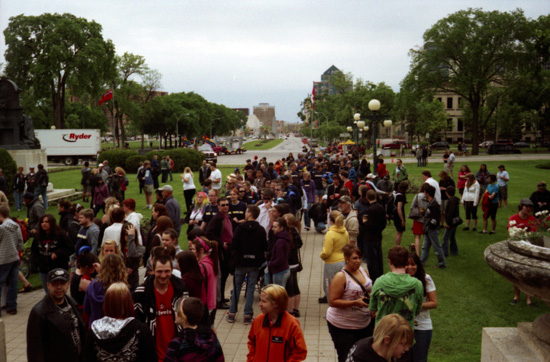 Suffice to say, K and I were happy (proud even) to be the handful of people who used film that day. Spotted: a guy who has a yellow disposable camera and another man who was equipped with Olympus OM-1. Good times. 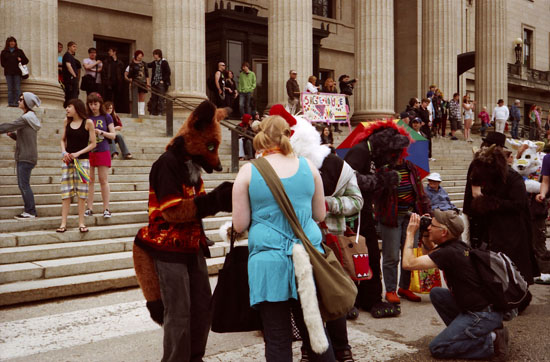 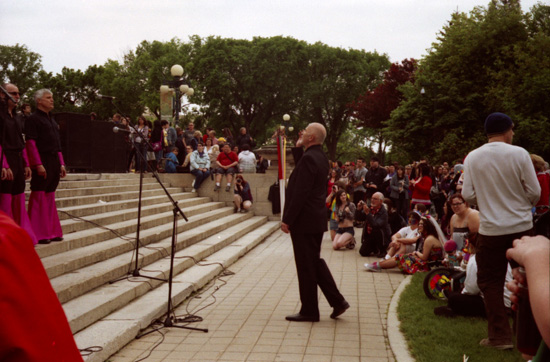 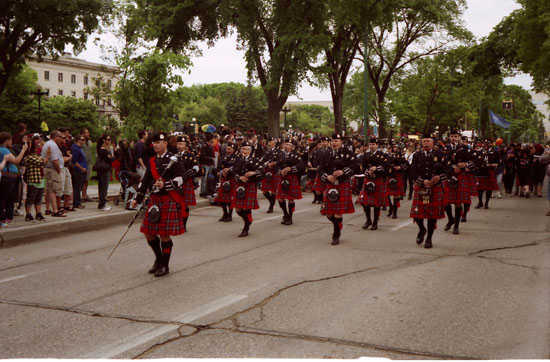 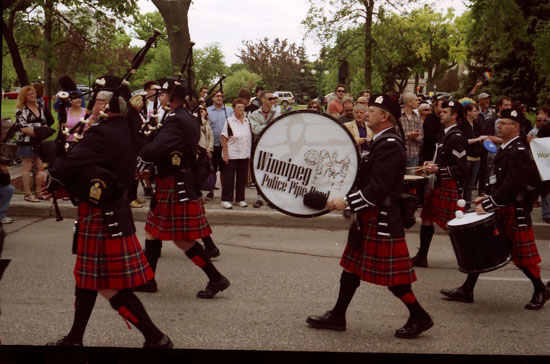 It was my first time shooting streets (actually, doing a shoot) with K, and I was happy. Also the QL-17 was a joy to use, except for minor quirks here and there. There were some aspects where I prefer my Canonet 28 than the QL-17 but I wouldn’t give up that f/1.7 lens. Nope. 🙂