MAY 8, 2011 – So, so break the monotony that is my work life, I decided to head to Pine Falls with my friends and co-members from the UofM Photoclub.

I arrived there around noon via carpool with Billiam and Gary. Chugged a huge cup of coffee via McDonald’s (which is very good, by the way). We headed to the river for a bit and then met up with Curtis, Alana and Hwangkyu. 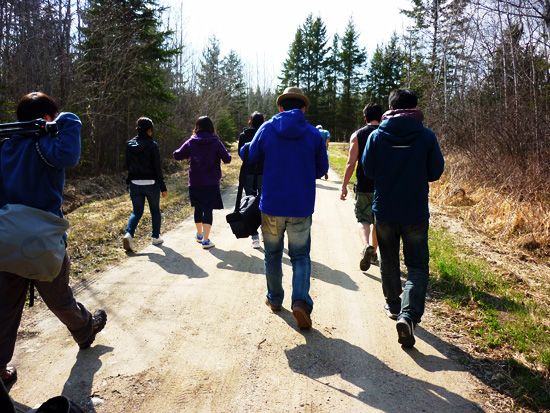 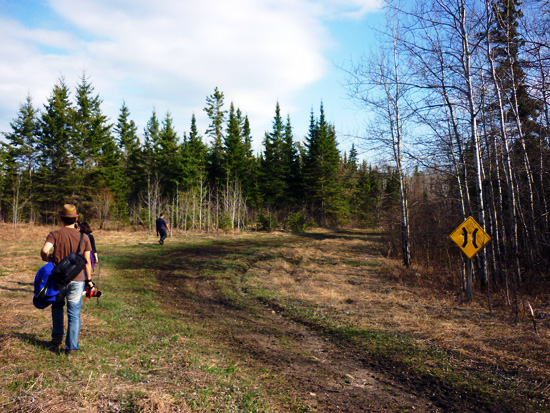 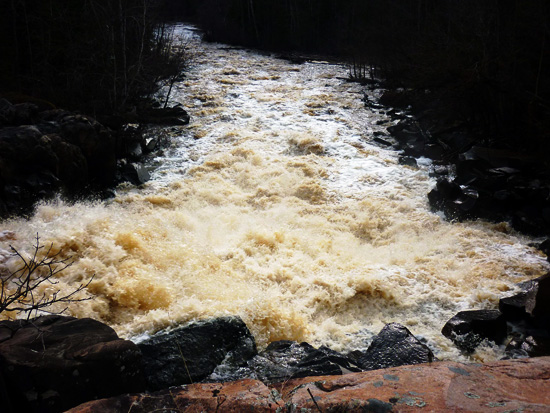 Met up with the rest of the members who arrived later. We had a quick getting-to-know-you, loosen-yourself-up-a-bit activities and then then was briefly oriented about our photowalk. We hiked for around an hour or so to see a small falls near the hostel we stayed and took photos. 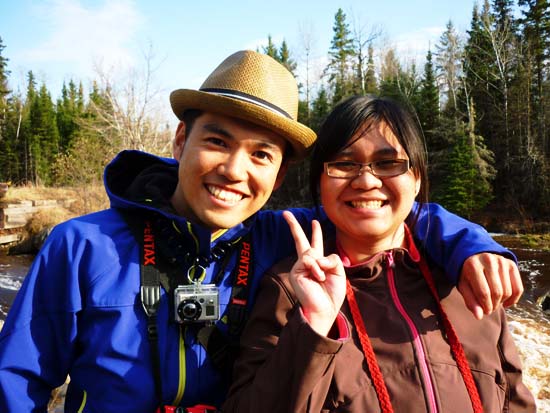 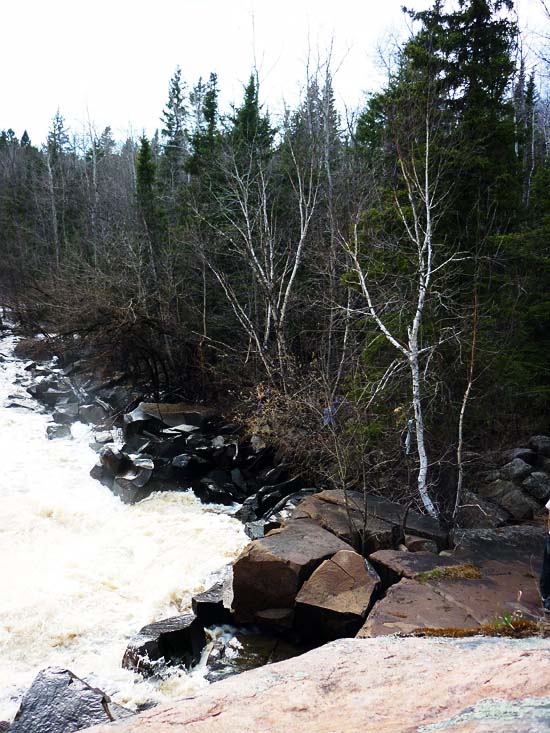 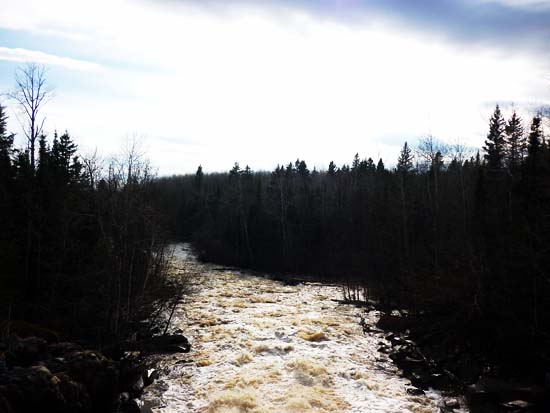 If I knew that we were hiking, I would’ve brought my brown loafers (which by the way I haven’t worn in years). The path was really hard to walk on because it was muddy and wet. I assume the snow just melted, hence the wet and sticky soil. There’s a bunch of thorny plants on the side too so yes the walk was really tiring.

The view was nice but I’ve seen better falls in my lifetime.

And then we hiked back to the cabin where we decided to have dinner afterwards. People brought food–I made chicken and corn soup prior to leaving that morning and everyone liked it. It’s been a while since I cooked for a whole bunch of people. 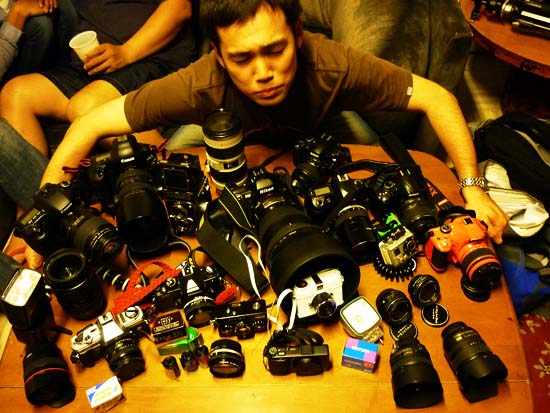 Of course it wouldn’t be complete without a group photo of our gear. We’re actually missing Hwangkyu’s 50D and Tim’s 550D.

I’ll be posting more photos from my trip for the next couple of entries. 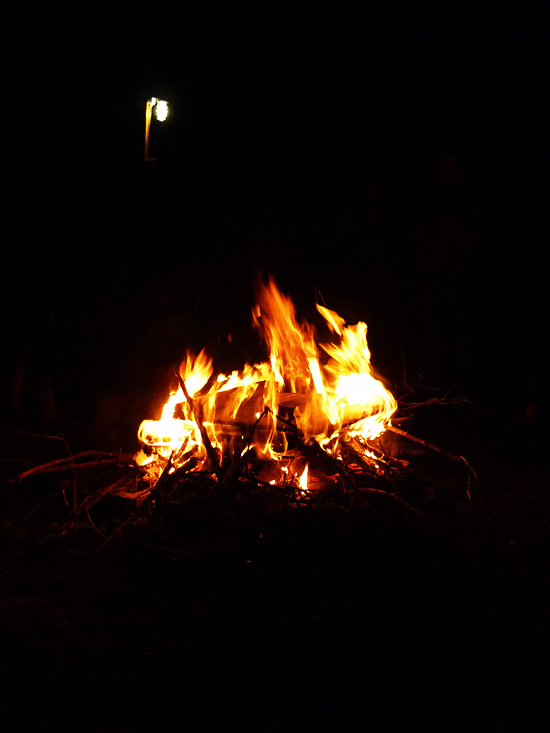