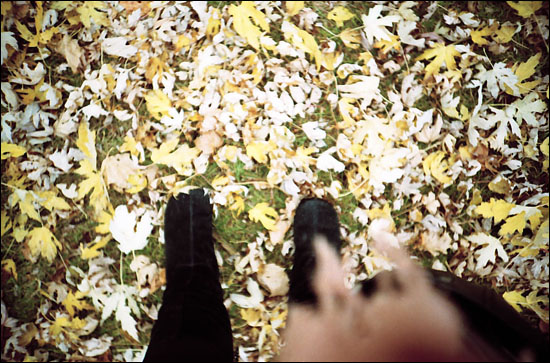 DECEMBER 8, 2010 – I actually had this entry posted at my Lomography blog, but I thought I should share it here as well. I had to re-write some parts of the entry because of run-on sentences and wtf-where-did-this-sentence-come-from? stuff. Ha ha. Anyway enjoy!

If I look back and how I got into photography in general, I’d say I was about 6-8 years old. I remember my family owns a Polaroid Supercolor 635 (I have it, and it still works) and just like the thought that Barbie grows her own hair even if I cut her bangs, I had this impression that the camera won’t run out of film. But as we all know, film cameras run out of frames, and when my parents found out I wasted a pack of Polaroid, I was clearly in trouble.

I once again stumbled on film photography when I joined my university’s photography club, a couple of months before I finish my bachelor’s. Most of the people there use film to take their photos. In addition to my “re-exposure” to film photography, one of my dearest friends back in the Philippines, Aaron R. (lomohome – kazarareta) was clearly into lomography at that time. I saw some of the photos he took and it reminded me how I used to take photos (on film) when I was a child; and how I documented my high school life through a series of color-negative films (hey, back in 2002 we still use Solid Gold films!). Like any curious person, I went to the internet and researched about Lomography. That’s where it all started!

Unlike some people who discovered the movement and later on dumped it to return (or perhaps completely abandon it) to digital photography, lomography has become a part of my journey as a person who likes to take photos. I am not ashamed to say that I use both digital and analog cameras, because both forms serve similar and yet different purposes for me. Some people puzzled because I still use film. A lot of times I find that bringing a cute instant camera such as Fujifilm Instax Mini 7 is useful, not only because I get to take pictures and see them right away without the aid of a digital camera, but also bringing nice contraptions like a film camera sparks interests from people around me. Call it a good conversation starter, but it works, and I think it’s good.

I am pretty sure that a lot of lomography enthusiasts will be sharing a lot of their personal stories and experiences on how they come upon lomography. Whatever or however those stories have come about I think the most important part of discovering it is the ability to find a new way to see the world through your lens and be able to share it to people wherever they are.