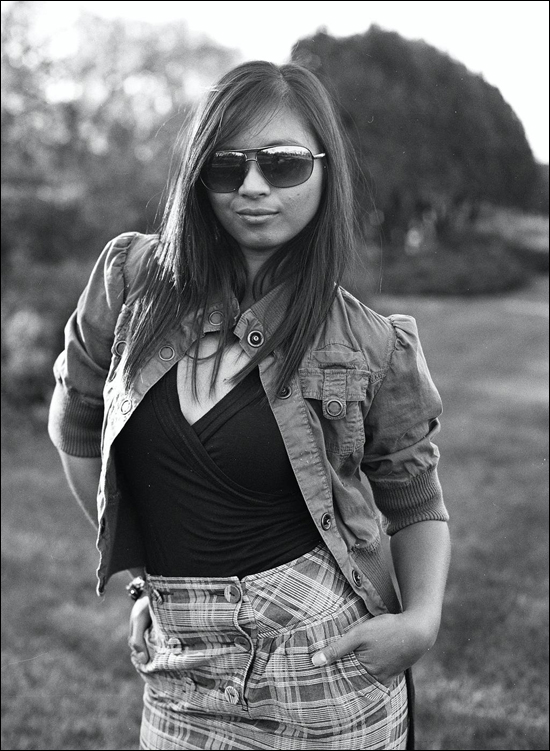 OCTOBER 28, 2010 – I picked up some of my negatives and some 8x10s (more on these later) last Thursday, including another roll I’ve taken using my Mamiya 645j. I have tried this before and I used my sister as a subject but I ruined half of the film during self-developing.

It sucked. But I think the shots turned out okay.

Anyway so basically this is my “1st” roll for the big guy and I am so pleased with the results! I think this will help me a lot when I start working on my project (more on these later too). It’s a heavy camera but I love how it helps me produce really amazing portraits. These were taken with Gessa when we had a fall-themed shoot just around the start of the month. 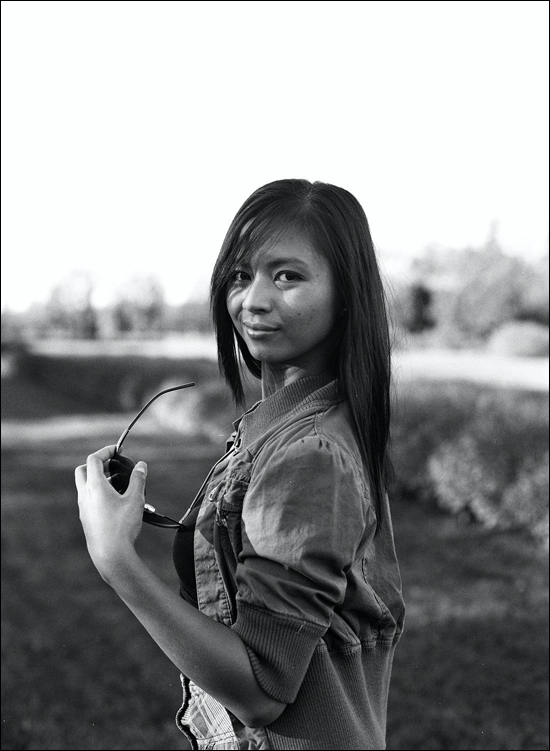 This was also my first time using the Czech-brand Foma Fomapan film with 100 ISO. Amazing film.