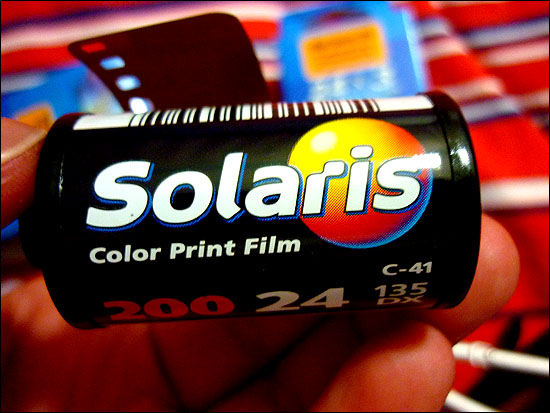 AUGUST 11, 2010 – I was actually surprised when I found out that what’s inside that seemingly cheap and generic-looking brand of film pack happens to be a Ferrania Solaris 200. It’s like finding a gem underneath the sand. No, really.

I have blogged about Ferrania Solaris before. It was probably around fall of last year, when I got 50 rolls of the 400-ISO ones. I love this film because it’s like having a slide film without spending too much. Check out this Flickr page to show the possibilities that can be done with this film.

So I bought a couple more packs and hopefully I’ll get more soon. I’ve tried the first roll using my LC-A and I can’t wait to see what came out of it. 🙂