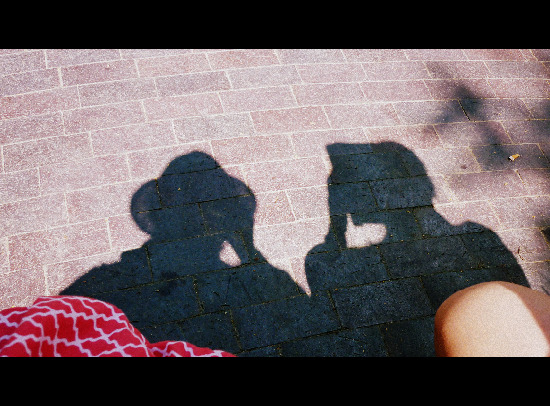 JULY 4, 2010 – This is just a preview of upcoming shots that I made with my sister last Sunday. We went to the last week of performance of the Winnipeg Jazz Festival. I shot mostly on film that day, armed with my Nikon FM2n and my Diana (the older one).

My Canon AE-1 died that day so my sister wasn’t able to used it, so she brought my Canonet 28 rangefinder instead. I still have to bring that camera to the repair shop (the rewind button got stuck! argh!) probably on my weekday day-off (which is soon!).

I was annoyed that day because there’s this Asian guy who was carrying a dSLR with him (together with his girlfriend I suppose, also carrying a digital body with her) and when he saw me, he had this weird smile on his face, as if he’s mocking me because I have a film body camera with me. I am probably paranoid but that looked on his face ticked me off. Ha ha!