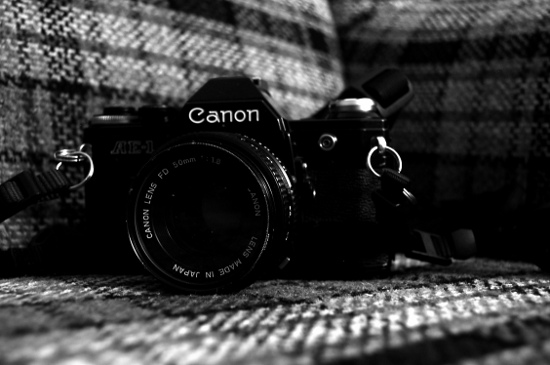 I had my day off yesterday (and today), and did some administrative stuff. By the time I’m done with the things I need to attend to, I have nothing else to do. Most of my university friends are either a.) reviewing for finals; b.) went back to their respective towns/countries and won’t be back until September; c.) going somewhere else. I was alone, ha ha. (Okay, that’s not really funny, but anyway…)

I decided to go out. I brought my AE-1, and decided to go to Classic Camera Exchange at 118 Avenue but the store’s closed by the time I got there. I ended up going down around the City Centre area, took lots of photos. It’s a good thing that I now know how to estimate the number of film rolls should I bring. On average I bring 5 films, and I always end up using all of them. I don’t have my film stack here at the dorm so it gets a bit problematic for me sometimes.

I took a lot of photos, I believe I used up 4 rolls today. I also get to take one lady’s photo earlier today. I was walking around and she has a brand new Sony P&S and she asked me to take a photo of her “while I am at it”, he he. She offered to take a picture of me as well which I declined. I am guessing that she didn’t know that I was carrying a bulky film SLR. 😛

It was a steady day, I really didn’t get to talk to people except for text messages from a friend, but other than that it has been quiet for me. Usually I like this “me” time, but since my roommate won’t be back until the fall, I miss talking to people. Or at least going out and shoot photos with friends.

My AE-1 was gracious enough to accompany me yesterday. I have been using it a lot lately when I do street photography (remember that I started doing street photography later last year using my Nikon F55/N55), and so far I like the photos that it helps me produce. It’s doing a fine job. I might get myself a 35mm prime for this camera when I get the chance.