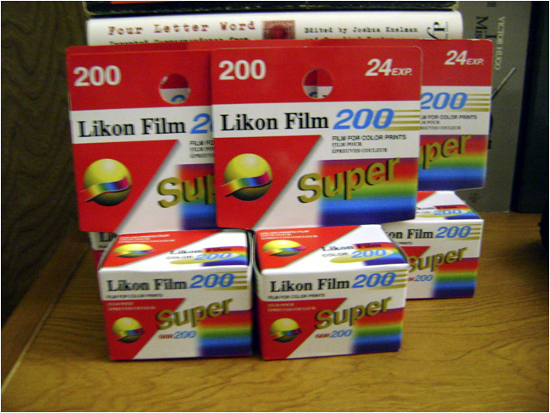 I accompanied my nanay a couple of nights ago when we stopped by at Dollarama to buy stuff. At the front entrance I was surprised to see a small shelf filled with cheap film called “Likon Super 200.” This got my attention mainly because; a.) it’s cheap film, and who doesn’t love cheap film?; b.) Its name is LIKON. It kind of reminds me of the camera Nikon and the Chinese film Lucky, ha ha. Nanay asked me if I wanted anything so I decided to grab 5 rolls. Tatay‘s reluctant though. He told me not to buy it because, well, it’s cheap film (I guess that answers my first question, he he), and what can you expect from a cheap film?

As soon as I got the rolls I told some photographer friends back in the Philippines about it, and Kuya Jerome mentioned that it’s probably from the same manufacturer as Lucky. I took his word, but because I am a very inquisitive person, I decided to, well, compare both films. 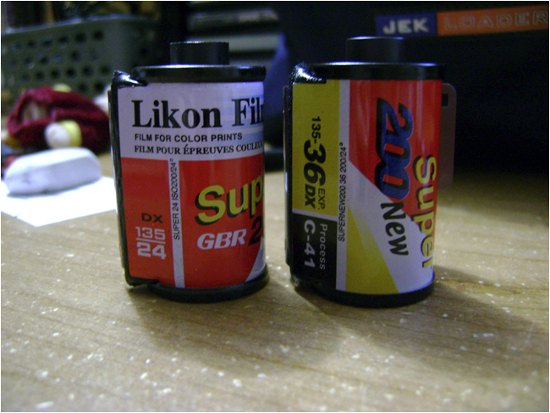 At first glance both films look the same as they have the yellow, red and white colors for packaging. I got my Lucky Super 200 when I went on a trip to the Philippines (thanks Ate Zoe of Lomo Manila, btw), so I’m, well, lucky to have a fresh cassette on hand (okay, pardon the pun). The designs of the cassettes are different though, and funny thing is that the Likon looks cheaper than the Lucky, considering that they’re about the same price (if I’m going to do some conversion, I think my Lucky cassettes are Php 10 more expensive — I guess that’s explains it, but that doesn’t really make a difference, does it?). 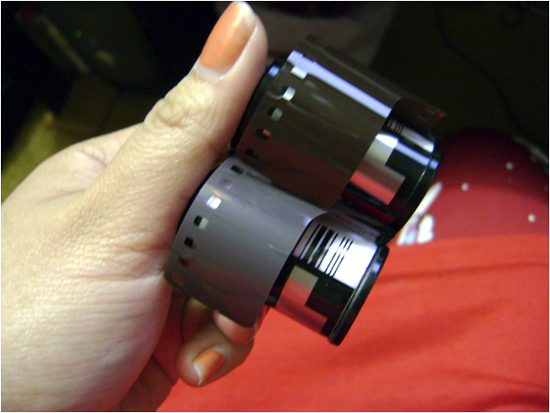 When I checked the films, I saw that the films are a bit different in color. Likon Super 200 seems lighter than the Lucky one. I don’t know if there’s an effect with regards to color and quality of the photos (or prints, if you decide to get one instead of having the negatives scanned). I tried using Lucky Super 200 with my Nikon F55/N55 and I definitely loved the results; there’s grain but just enough to give a certain feel to my photos.

I tried searching the internet in case there’s a website for the said film, but I only found two Flickr accounts with photos taken using Likon. The quality’s not bad, for a $1 worth of film. It also seems like the film’s only available here in Canada, and at Dollarama.