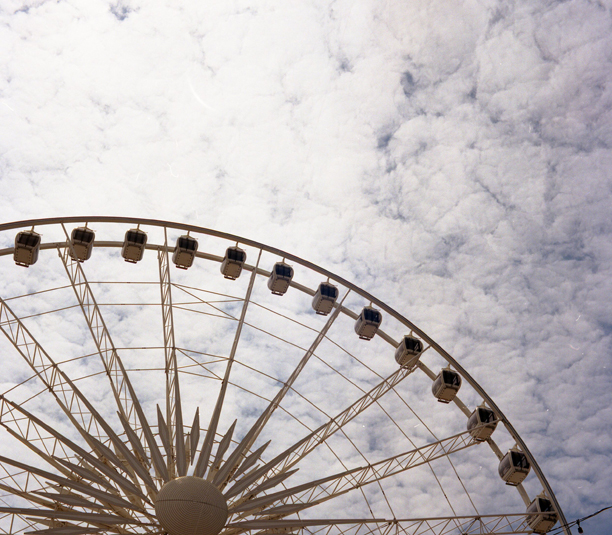 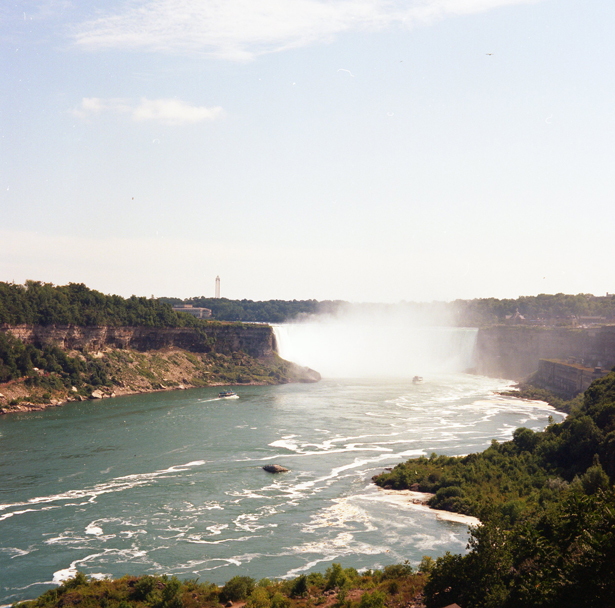 Last July I headed to Toronto and decided to enjoy the weather (never been there during the summer) and shoot lots. Kelvin was hesitant when I told him I’m bringing my TLR, citing that I’ll be flying and the weight is inconvenient.

Didn’t listen to him obviously! 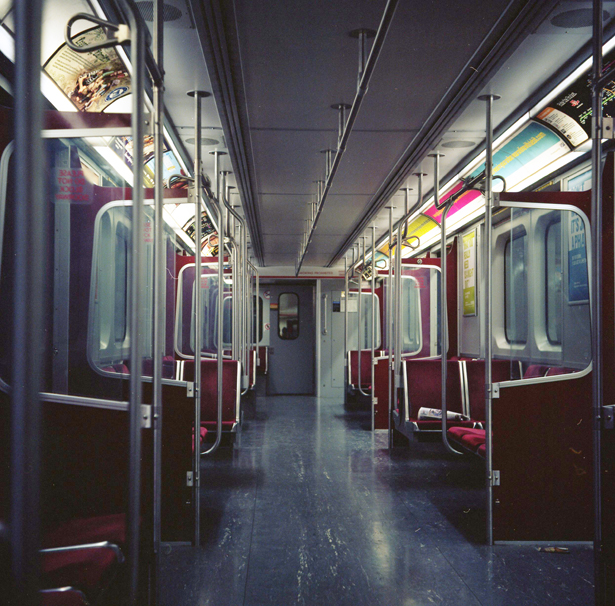 He paid the price by being my meter (I left my meter and we used his GRD III instead). I am not sure he enjoyed it though, heh. :p 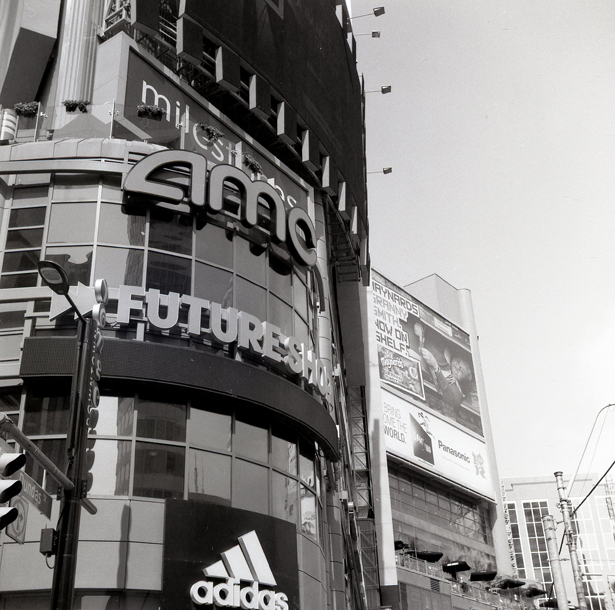 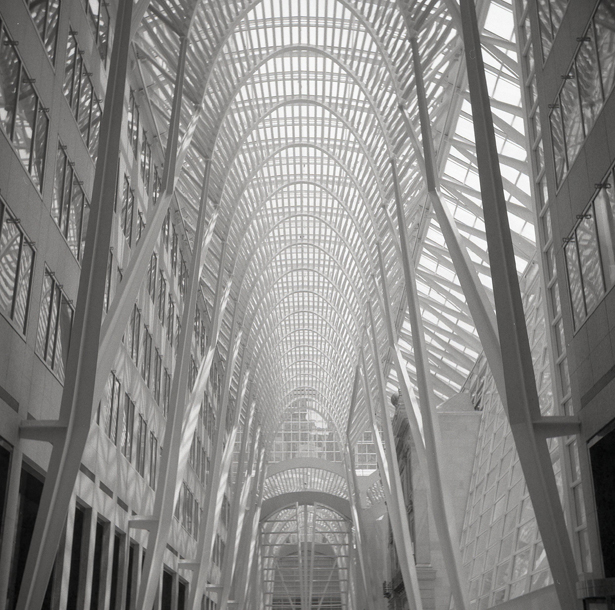 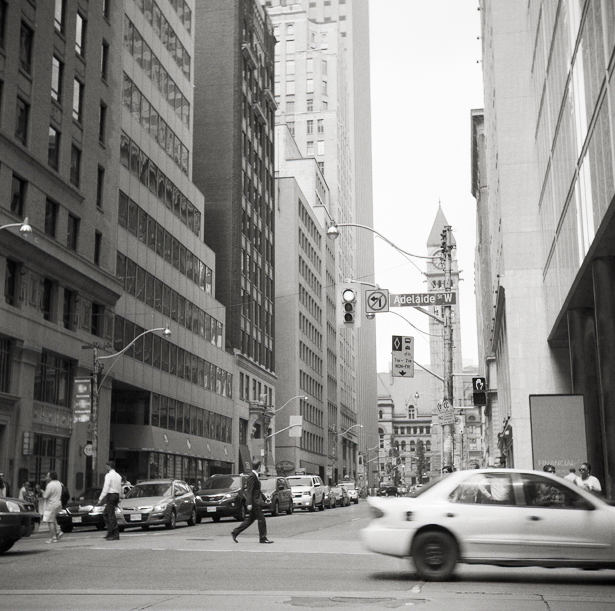 So I brought more than a dozen of 120 films, a mixture of black and white and colored films and took off. I brought my X10 with me too but mostly for snapshots. As mentioned in my previous entry the weather was really hot but the light was precious. Also got a couple of compliments from people I met who were very much in awe of my TLR. One guy we met at the distillery said he used to own one and he bet that I’ll have a great time shooting medium format. 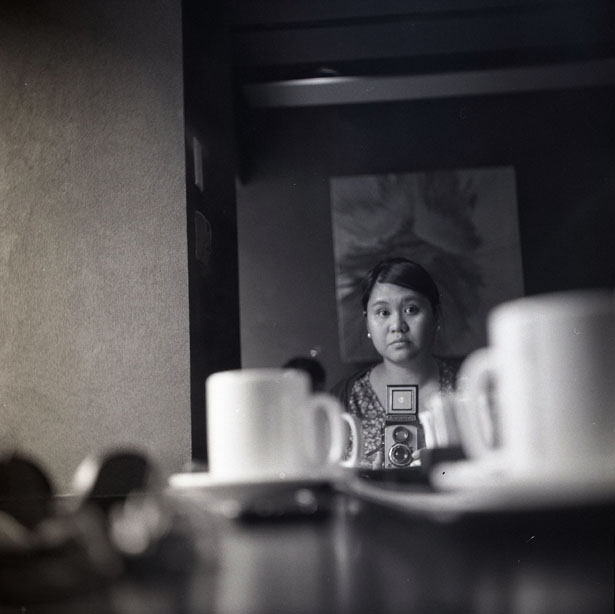 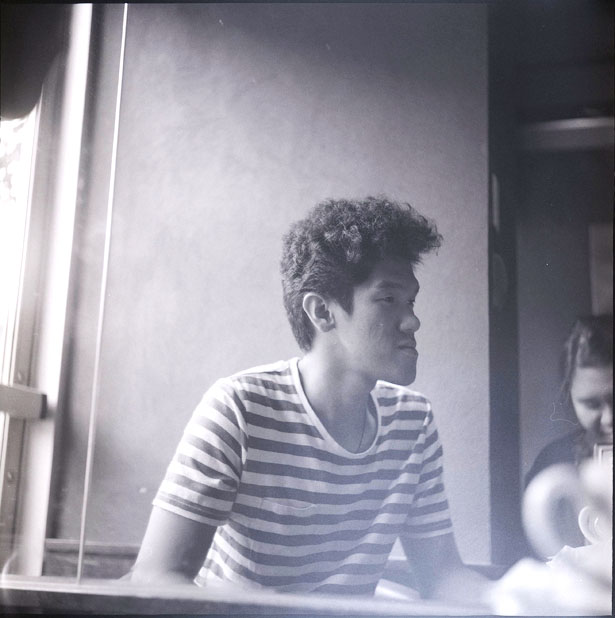 My favourite photos were obviously taken using Kodak Portra and Ektar. I brought cheapskate black and white films (for the most part) and majority of them turned out to be really grainy. I also had a darkroom incident with one of my films during developing so I ruined that too. 🙁 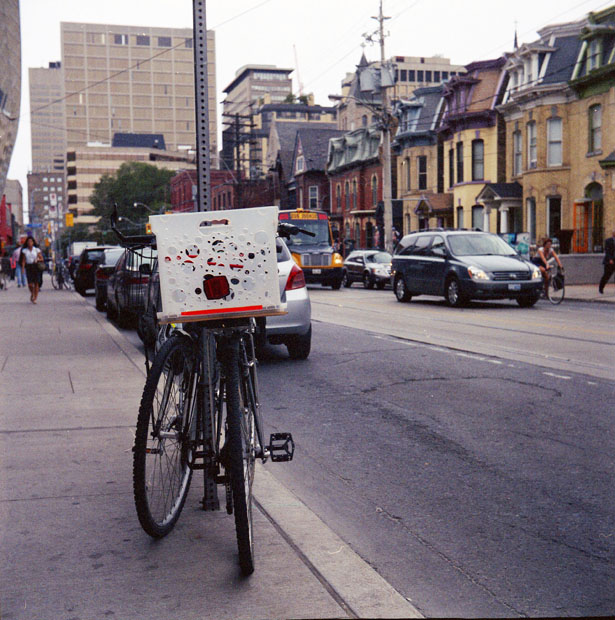 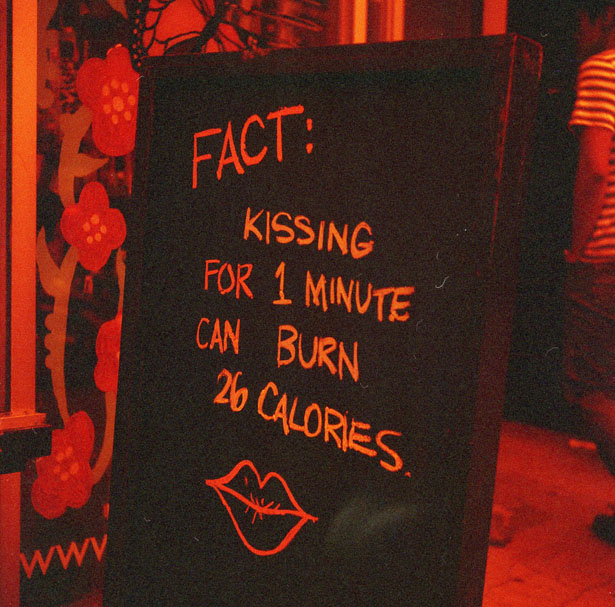 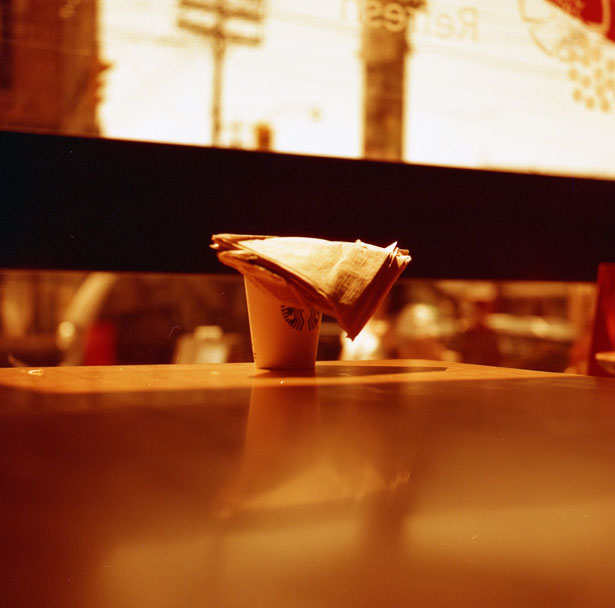 Overall, the experience was great. If only the weather was cooler then walking around Toronto would have been easier. But for the most part, I love shooting with my TLR. I feel more relaxed and at the same time concentrated with what I am shooting as opposed to when I use a 35mm. 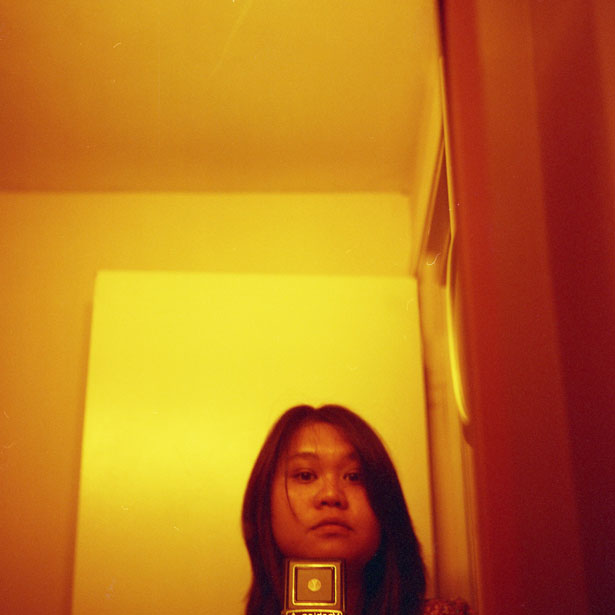 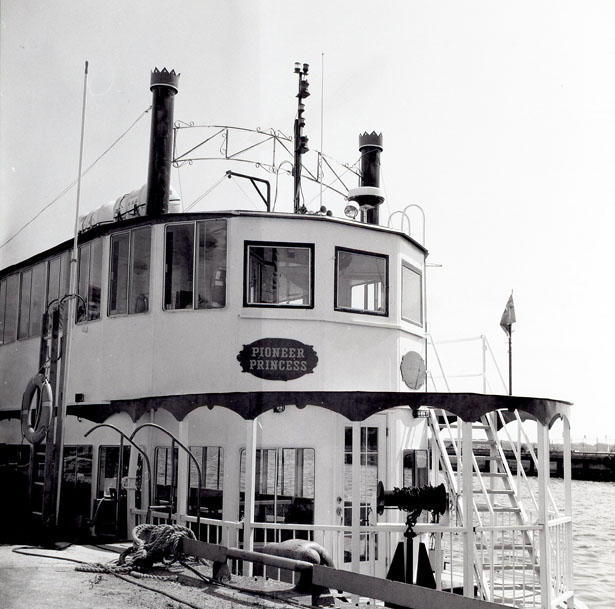 I think it also helps that Kelvin shoots too so he knows. He was very patient (again with all the bugging about metering–oftentimes he asked me if I’m metering it right) throughout that whole week. Using the TLR made me move slower and wait until I get the right shot, which is obviously different from my boyfriend’s shooting/photography style. 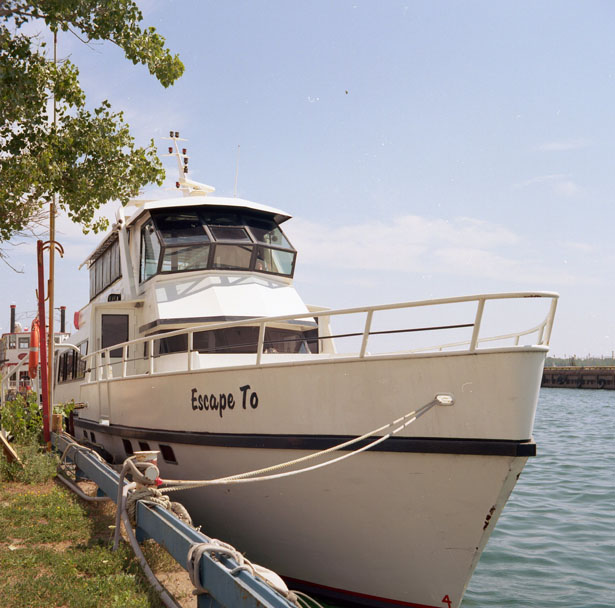 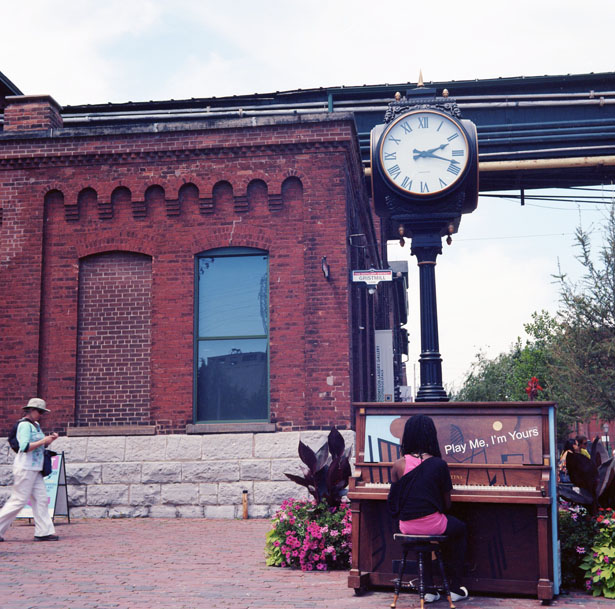 All in all I don’t think it was inconvenient for me to haul around my TLR and a bunch of films. I think that week was the most productive week I had this summer in terms of photography.