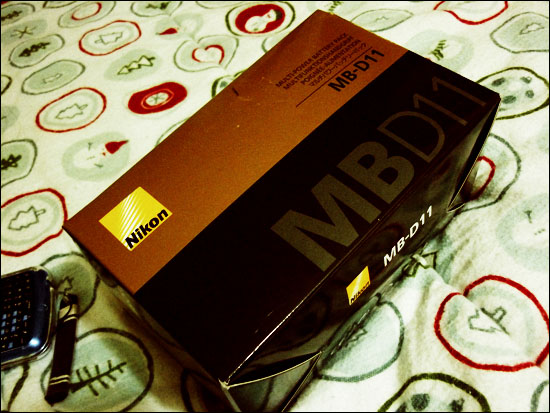 DECEMBER 10, 2010 – I finally picked up the battery grip for my Nikon D7000 (still nameless, OMG). I have a feeling that this camera is a jynx. That two circumstances that I had to do a transactions for this body and its accessories, something wrong happened. Either the system died, or some sales-related boo-boo occured. I don’t know. I am not really superstitious but this smells funny.

Anyway my D7000 looks really huge now. My hands are too small, but I’ll do okay I think. 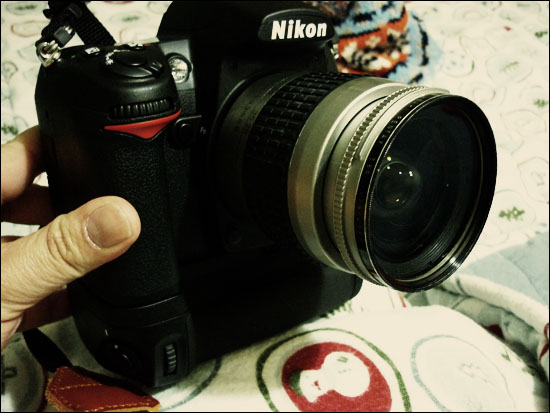 I met a friend’s friend (I don’t know how they are related so let’s leave it at that) at the store while I was picking this up. He asked what I was doing there and what I was picking. I said the battery grip (which was at the counter top) for a body. I don’t know, but I also ended up saying that this is mainly for “work” (meaning commissions) and I don’t usually use this except when I have to (that, and when I need to blog) and told him I mainly use film. I got this expression out of him. Out of weirdness (wtf, you still use film?; hipster ka ba?; old-school mo na naman, etc.) or whatever, I don’t know. People (especially youngster and gearwhores) should realize that film maybe old school, but it captures more details than digital. I don’t think it’ll take a while until companies can replicate film, but wthell right?